Delhi man was fined for not wearing helmet and carrying documents 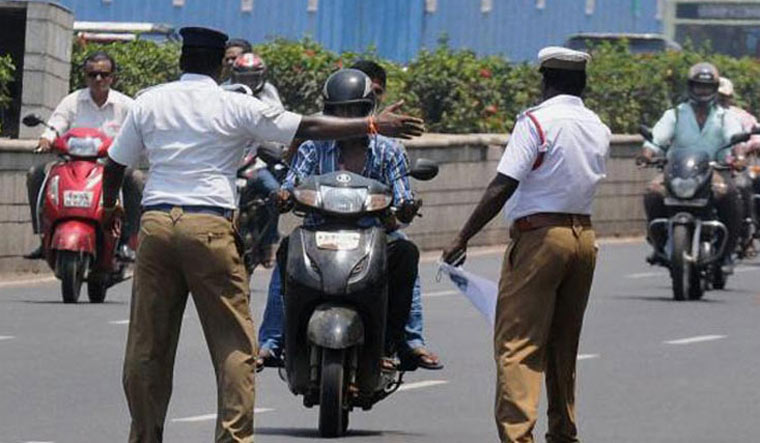 A day after the newly-amended Motor Vehicles Act came into effect, a Delhi man was fined a whopping amount of Rs 23,000 for allegedly violating multiple traffic rules in Gurugram.

Dinesh Madan, a resident of Geeta Colony in East Delhi, had to shell out the huge amount after the Gurugram police charged him with not wearing helmet and carrying necessary documents.

According to the challan issued by the police, Madan was fined Rs 5,000 for not carrying his driving licence, Rs 5,000 for not producing the Registration Certificate, Rs 2,000 for not having a third party insurance, Rs 10,000 for violating pollution standards and Rs 1,000 for not wearing helmet.

Talking to news agency IANS, Madan claimed he had not violated any traffic rules. “They asked me to produce the documents in 10 minutes which was impossible,” he said.

The amended Act has already run into a controversy with some of the states expressing inability to enforce it, while a few others in wait-and-watch mode.

The Telangana transport department said on Tuesday that it would not enforce the penalties under the new Act until a feasibility study on this was over.

West Bengal and Madhya Pradesh have also refused to implement the new Act, citing differences over the amount of penalty. Rajasthan has also not implemented the rule, saying it is reviewing the rates and its applicability.