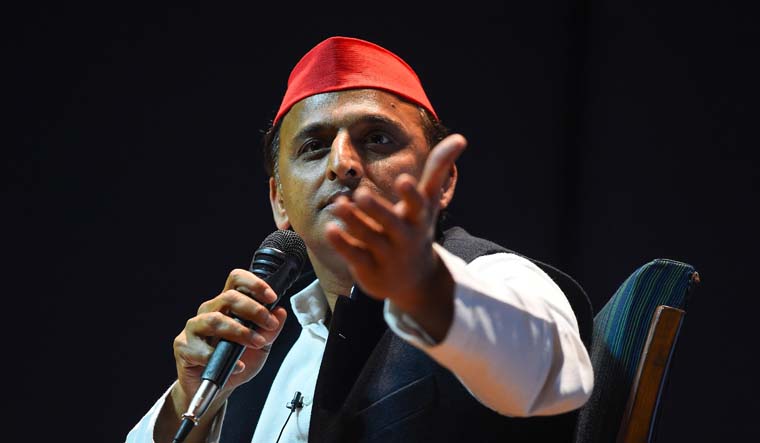 The Samajwadi Party has slammed the Yogi government's expansion of the ministry by calling it “diversionary tactics”.

A note issued by the party has alleged that the government is trying to remove attention from its poor all round performance by effecting a spate of transfers and increasing the number of its ministers.

Party president Akhilesh Singh Yadav said, “The public is fed up of these diversion creating tactics of the government. It is simply trying to hide its many failures.”

The party has accused the state government of trying to befool the public by unleashing a spate of transfers and expanding the cabinet.

“The public is fed up of these diversionary tactics of the government. The government is simply trying to hide its failure on multiple fronts,” said Yadav.

He also lamented that it had taken two-and-a-half years for the chief minister to know which of his ministers were incompetent and hence must be removed.

“Resignations have been asked from inactive and non-performing ministers,” he said enumerating the many problems that had come about because of this incompetency.

“Meanwhile, many problems have aggravated. Lack of jobs and inflation has hurt the young. Farmers, the poor are all in distress. Women and girls are facing harassment everyday. Murders and loot are on boil. Law and order is a joke.”

He also said that the state had fared much better under the SP.

“During the time of the SP, this state was well on its path to be Uttam Pradesh but now it is only Hatya Pradesh. We have been shamed in front of the whole world. The world mocks us. Progress is stalled. The BJP's manner of functioning has made the country sick.”

A note issued by the party spokesperson Rahendra Chowdhry said that trades and businesses were collapsing. Yet the increased prices of petrol and diesel coupled with inflation have broken people. The government just wants to extract taxes without a thought to what it is doing to the people, said the note.