'Things will improve': A Kashmiri Pandit's view on scrapping of Article 370

R.K. Mattoo, a Pandit leader in Bengaluru, says things will improve in Kashmir 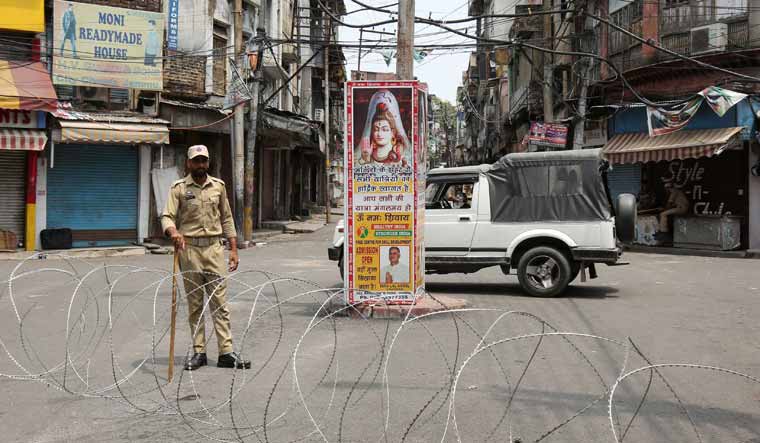 Even as Union Home Minister Amit Shah moved the resolution seeking revocation of Article 370, which accorded special status to Jammu and Kashmir, in the Rajya Sabha on Monday, the Kashmiri Pandits in Bengaluru called it a red letter day for India. “This is the day we have been waiting for!” they said.

“The revocation of Article 370 is the first step to integrate Ladakh and Jammu and Kashmir with India. It is also the end to a discriminatory provision that had created an elite breed of politicians in Kashmir, who always raised the bogey of Kashmir to milk the Indian state,” says R.K. Mattoo, chairman of the Kashmiri Hindu Cultural Welfare Trust in Bengaluru.

Mattoo has constantly strived to keep alive the memories of the exodus of 5 lakh Kashmiri pandits from the Kashmir valley, after the brutal killing of 800 by Islamic militants in 1989-90. Speaking to THE WEEK, Mattoo feels the time has come for Kashmiri Pandits to retrace their steps back to the valley, their homeland.

How do you react to the revocation of Article 370?

This is the most glorious moment for the country and all Indians. This work should have been done long back. It is a red letter day that Article 370 has been scrapped. We, Kashmiri Pandits, welcome this big step. This is the day we all have been waiting for. Kashmir belongs to us. We are the original inhabitants of Kashmir. We were thrown out of our land in 1990. For the last 30 years, nothing had been done.

What does losing special status mean to the people of Kashmir?

Article 370 was only a temporary arrangement to integrate Kashmir with India, at that point of time. Now, there is no state and Jammu and Kashmir is only a Union territory with a legislature. Hence, there is no question of Article 370 or Article 35A. I am also a Kashmiri (Pandit), but I am an Indian first. But for some, they are Kashmiris first as they get money from abroad and from across the border.

Did Article 370 serve the interests of the people of Jammu and Kashmir?

Only a handful of families cornered every benefit. Just by raising anti-India slogans, money was flowing into the valley. There was no accountability as no audit or CAG control was applicable. They thought they were special and were endlessly appeased by the Centre. Though they were only in four districts, they were calling the shots. Lot of ills were happening there and so, we were all thrown out.

Does revoking Article 370 give you the confidence to go back to your homeland?

Yes. It is now a Union territory, and law and order will be controlled by the Centre. Earlier, the PDP and National Conference were controlling the state and furthering their own interests. We believe things will improve and we don't have to be at their mercy anymore. The government has now cleared the ground and they will be working out modalities to take us back to where we belong. Some people thought Kashmir was their ancestral property and nobody would dare touch it. Today, they know it can be touched. The general population in Kashmir will now understand that they need development for a good future.

The argument is Article 370 is discriminatory in nature. Do you agree?

Successive governments have been appeasing them (Kashmiri leaders). They would raise the bogey of Kashmir and the government would give them money to keep everything under wraps. The Kashmir politicians enjoyed VIP status, they have businesses everywhere in the country, but they did not allow anybody to go there. It was nothing but discrimination. We wanted this discrimination to end. Now, people can invest, build hotels and hospitals and industrial development, and creation of jobs will usher in a new era.

Will scrapping of Articles 370 and 35A alone suffice as the confidence-building measure? So, what are your expectations?

I am sure, the next step of this government would be to have investors meet, attract investment and generate employment. The next big thing will be delimitation to make the legislature more balanced. Earlier, Jammu, with the larger area and population, had fewer seats both in the Assembly and Parliament than Kashmir, which has a smaller area and population. So, no other community had a voice. There has never been a non-Muslim chief minister and ministers in the state. Now, all the communities and regions will have better representation in the Assembly.