Lindner described the RSS as the world's largest voluntary organisation 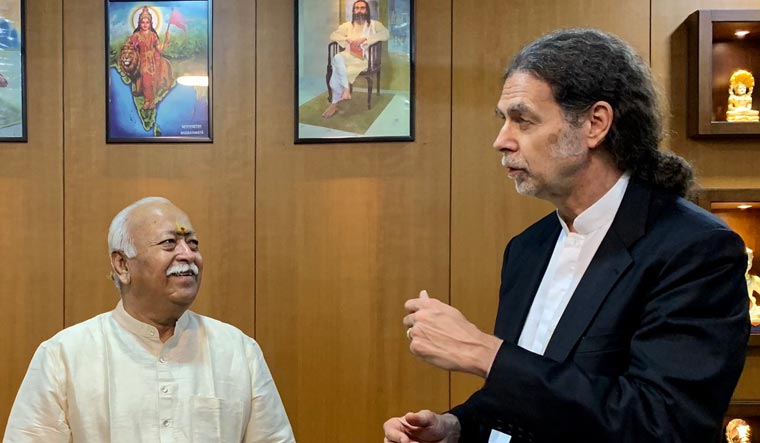 Walter J. Lindner has made heads turn in the two months he has spent in India as Germany's ambassador. From arriving in Rashtrapati Bhavan in a red Ambassador car to presenting his credentials to President Ram Nath Kovind in Hindi, Lindner hit all the right notes at the start.

Visit of Headquarters of RSS (Rashtriya Swayamsevak Sangh) in Nagpur and long meeting with its Sarsanghchalak (Chief) Dr Mohan Bhagwat. Founded 1925, it is world’s largest voluntary organization - though not uncontroversialy perceived throughout its history... pic.twitter.com/B5cFUpw1ml

On Wednesday, Lindner posted photographs of a visit to the headquarters of the Rashtriya Swayamsevak Sangh (RSS) in Nagpur. The RSS is regarded as the ideological fountainhead of the BJP, with most senior leaders of the ruling party, including Prime Minister Narendra Modi, having their origins in the organisation.

Lindner tweeted about his visit to the RSS headquarters. Lindner mentioned having a “long meeting” with RSS Sarsangchalak Dr Mohan Bhagwat. Lindner described the RSS as the “world's largest voluntary organization—though not uncontroversially perceived throughout its history”.

Lindner's visit is expected to provoke debate about the role of the RSS and its links to the Narendra Modi government. In 2017, Bhagwat addressed a meeting of diplomats from over 50 countries, which was organised by the India Foundation, a pro-rightwing think tank. In the interactive session, Bhagwat talked about the work of the RSS and the nature of its relationship to the Modi government, which he characterised as non-interfering.

In May 2015, BJP president Amit Shah had accompanied a group of EU diplomats to the RSS headquarters. The group, comprising diplomats from various EU member states, met Bhagwat during their trip.