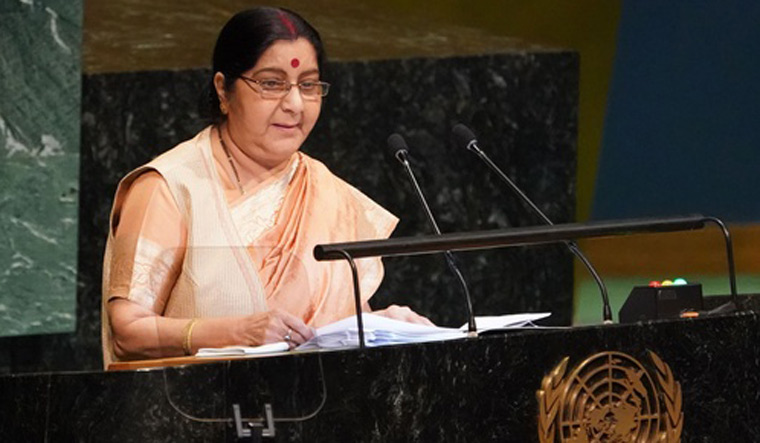 That pretty much every heavyweight BJP leader has prefixed the word 'chowkidar' to their Twitter handles since mid-March is no longer news. That External Affairs Minister Sushma Swaraj was singled out for a perceived delay in adding the chowkidar prefix also made news. 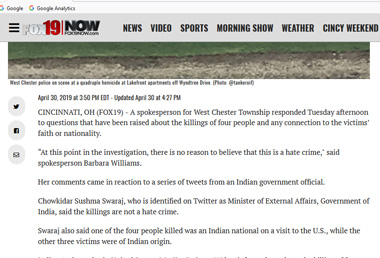 However, the US media has apparently not kept track of the BJP's social media campaigns. Swaraj was referred to as 'Chowkidar Sushma Swaraj' by multiple US media agencies as they reported on her response to the killing of four members of a Sikh family in West Chester, Ohio, on the evening of April 29.

Swaraj had tweeted the incident was not a hate crime based on the information she received from the Indian ambassador to the US. 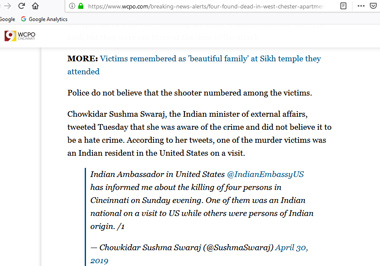 WKRC TV, a network affiliated to CBS and based in Cincinnati, Ohio, was among those who probably thought chowkidar was part of Swaraj's name, seeing her Twitter profile. “The Minister of External Affairs for the Government of India tweeted Tuesday that ambassador for India in the United States has been in touch with West Chester Police. Chowkidar Sushma Swaraj wrote the murders were not a hate crime, which West Chester Police confirmed,” WKRC TV reported on April 30.

WCPO, an affiliate of US media giant ABC, also referred to the external affairs minister as 'Chowkidar Sushma Swaraj'. 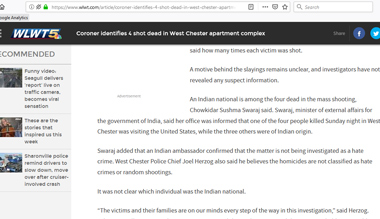 Perhaps, to Swaraj's relief, the 'most commonly known' US news network in the Indian mind space, CNN, got her name right... or may be not!

Multiple Twitter users shared screenshots of a CNN article on the West Chester killings, which referred to the minister as Chowkidar Sushma Swaraj. The CNN article was apparently modified later.