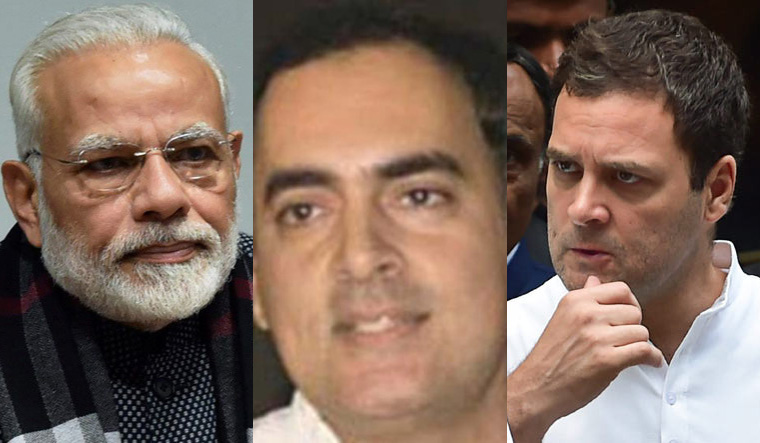 Hitting out against Congress president Rahul Gandhi, Prime Minister Narendra Modi said the former was trying to absolve his father and former PM Rajiv Gandhi of his sins by levelling false allegations against the current government and the Army in the Rafale defence deal controversy. "You are defaming the Army of my country. There is a feeling of abhorrence towards the Army, secondly, there is the burden to absolve his father of his sins. That is why when George Fernandes was there (as the defence minister) they had raised corruption in a defence deal. The matter related to coffins. During the UPA government itself the matter ended in the court. You cannot clear your father’s sins by leveling false allegations," Modi told Hindustan Times in an interview. Modi was refering to the Bofors case that rocked the Rajiv Gandhi government in the late 1980s.

Assuring that there was nothing controversial about the Rafale defence deal, Modi emphasised that it was the responsibility of an unbiased media to "question the Congress on the issue of national security". "The leader of the 125-year-old Congress speaks without any proof or basis. The Supreme Court has said it and so have the CAG, the French Parliament, the French president, the company, and the Indian government and the Indian parliament. But he (Rahul Gandhi) is levelling allegations and smirking," Modi lashed out at the Congress.

READ: Won't utter a word against CPI(M) during my campaign: Rahul in Wayanad

Modi said he had "a very satisfactory and extremely good five years" of governance. "There would have hardly been a day in these five years when an important decision was not taken or important work was not done. So, there are so many achievements and initiatives, to confine it to just three would be an injustice to other departments and my colleagues," he said when asked about the achivements of his government.

The prime minister, who is seeking a re-election, said he was "quite happy about the outcome" of his demonetisation move. "It (black money) was a blight that no one dared to touch... So, demonetisation might not suit political arithmetic but for the national interest it had to be done," Modi claimed, adding that tax compliance has almost doubled due to the note-ban exercise.