Raghuram Rajan thinks RSS could be a problem for India. Here's why

Speculations are rife about Rajan taking the political plunge 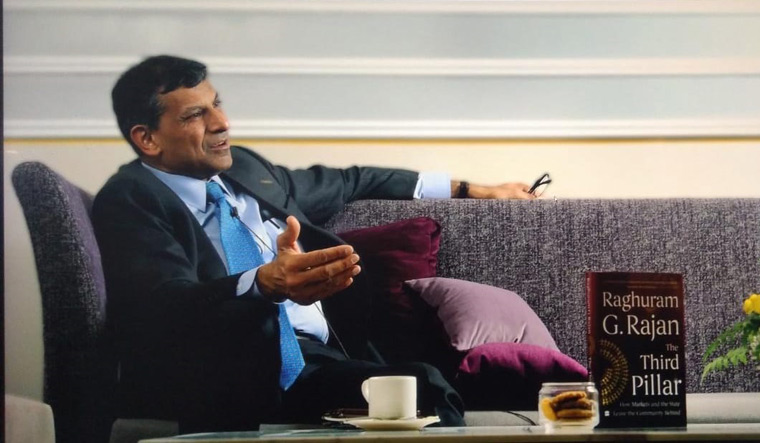 Former RBI governor Raghuram Rajan has not always been in the good books of the Rashtriya Swayamsevak Sangh (RSS), the parent organisation of the BJP. Now, when asked about his views on the saffron organisation, Rajan had a word of caution about it—he said that the narrow worldview of the RSS "is deeply problematic for an open democratic country like ours".

In an interview to THE WEEK, Rajan said the RSS's narrow view might be an anomaly to the India that was built upon "the views of our founding fathers like Nehru and  Gandhi as well as the Constitution". "So to that extent, I believe it is a much narrower view and because of this, it does not give as much of freedom of participation in the broad stream of Indian life to a variety of communities outside the majoritarian community, and others that it considers part of the majority. That, to my mind, is deeply problematic for an open democratic country like ours. We cannot afford it," Rajan told THE WEEK. He said that it is the organisational aim of the RSS that he is not in agreement with.

However, Rajan reminded that the RSS shaped great personalities like former prime minister Atal Behari Vajpayee. "There are good people in every organisation, there have been very very honourable and praiseworthy members like Atal Behari Vajpayee, Bharat Ratna and a very decent human being as well as a great leader," Rajan said.

Rajan is currently in India to promote his third book 'The Third Pillar', which was released on Tuesday. The book, Rajan said, was largely against the aims of the populist nationalist organisations like the RSS.

Rajan has courted headlines ever since Congress president Rahul Gandhi claimed that his party had consulted the economist to draft its minimum income guarantee scheme Nyuntam Aay Yojana or NYAY. Speculations are rife that Rajan might become the finance minister if an opposition alliance wins the upcoming general elections following Rahul's statement on Rajan.

Rajan was the former Chief Economist at the International Monetary Fund before he became the 23rd governor of the RBI between September 2013 and September 2016. He is currently the Katherine Dusak Miller Distinguished Service Professor of Finance at the University of Chicago's Booth School of Business in the US.