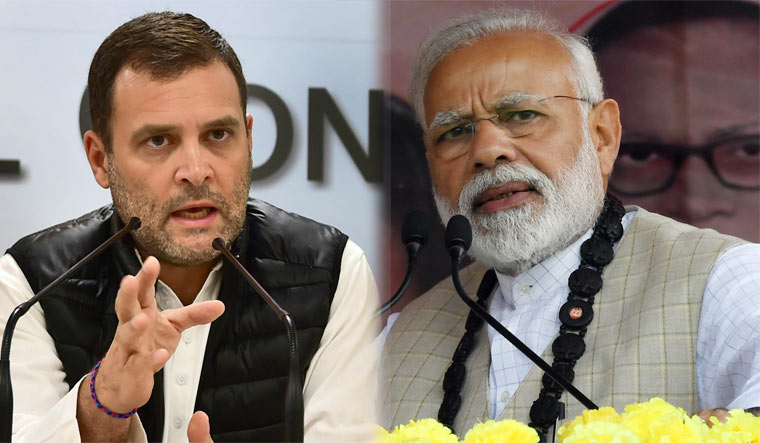 A new report delving into the issue of child malnutrition, delineated by parliamentary constituencies, has sparked a debate in the run up to the Lok Sabha polls. The results of the study, co-authored by academics from institutes like Harvard, indicate that even the so-called prestigious constituencies—represented by high-profile political leaders—fail infants and children on issues as basic as minimum nutritional requirements. “In India, monitoring and surveillance of health and well-being indicators have been focused primarily on the state and district levels,” according to the report. “Analysing population data at the level of parliamentary constituencies has the potential to bring political accountability to the data-driven policy discourse that is currently based on district-level estimates.”

There are several indices to calculate malnutrition in children. The report identifies them as stunting (low height for age), underweight (low weight for age), wasting (low weight for height) and anaemia (low levels of haemoglobin). Globally, India ranks at the very bottom. According to the Global Nutrition Report released in 2018, India accounts for almost a third of the world’s stunting. With 46.6 million children who are stunted, India tops the list of countries, followed by Nigeria and Pakistan. India also accounted for 25.5 million children who are wasted, followed by Nigeria and Indonesia.

The latest constituency-wise report estimates that, nationally, 38 per cent children (0-5 ages) are stunted, 36 per cent are underweight, 23 per cent are wasted and 59 per cent are anaemic. Take the case of specific parliamentary constituencies. Bahraich in Uttar Pradesh, represented by Savitri Bhai Phule, who recently defected from the BJP to the Congress, has the highest stunting rate of 63.6 per cent. Singhbhum in Jharkhand, headed by BJP MP Laxman Giluwa, has the most underweight children at 60.9 per cent. 39.6 per cent of the children in Jharkhand’s Jamshedpur, represented by BJP’s Bidyut Baran Mahato, are wasted. Keeping aside the Union Territory (UT) Dadra and Nagar Haveli, Singhbhum again has the largest number of anaemic children, at 82.7 per cent.

How did the “blue-blooded” seats fare? Let us consider six sample high-profile constituencies, three each from the Congress and the BJP. Varanasi, held by PM Narendra Modi, is one. Congress president Rahul Gandhi’s Amethi, vice president Sonia Gandhi’s Rae Bareli, Home Minister Rajnath Singh’s Lucknow, Congress leader Jyotiraditya Scindia’s Guna and External Affairs Minister Sushma Swaraj’s Vidisha make up the rest. Amethi and Varanasi, for instance, rank at the bottom when it comes to childhood stunting rate—India’s Achilles heel—with 43.6 per cent and 43.1 per cent. All six constituencies—Amethi, Rae Bareli, Lucknow, Varanasi, Vidisha and Guna—have indicators that are worse than the national prevalence rates and the national mean values. Varanasi has 45.9 per cent of underweight children, if 36 per cent is the national prevalence rate. 61.7 per cent in Rae Bareli and 72.8 per cent of the children in Lucknow are anaemic, as opposed to a national rate of 59 per cent.

Has the Centre proposed a targeted plan to reduce the number of stunted children and effectively intervene to address the situation with a long-term perspective? This was a question posed to Women and Child Development Minister Maneka Gandhi by a group of MPs in Lok Sabha on 28 December, 2018. Yes, the minister replied. “The government has set up POSHAN Abhiyaan, which aims to prevent and reduce prevalence of stunting, underweight and anaemia among children (0-6 years), prevalence of anaemia among women (15-49 years), and reduction in prevalence of low birth weight in the country in a time-bound manner.” The POSHAN Abhiyaan, with a three-year budget of Rs 9046.15 cr commencing from 2017-18, was a much-touted scheme for the government. It had a lofty aim: bring down stunting of children in the age group of 0-6 years from 38.4 per cent to 25 per cent by 2022. Poshan Abhiyan, a flagship programme by multiple ministries, initially aimed to achieve zero malnutrition by 2022. In 2019, an unnamed government official speaking to PTI cited a UNICEF and Health Ministry survey to claim that India had achieved a 3.7 per cent decline in malnutrition between 2015-16 and 2017-18, which works out to about a two per cent decrease each year. Convergence with the different ministries, said the PIB, and synergising frontline functionaries and volunteers like DAY-NRLM, self-help groups, ANMs, co-operatives and Swasth Bharat preraks will help the government reach 11 crore people. In October 2018, the NITI Aayog chief Rajiv Kumar even congratulated the WCD ministry for the success of the POSHAN scheme. “This outcome of taking the nutrition initiative to 25 crore people in one month would set an example for all other projects of NITI Aayog,” he claimed. But, has it been such a big success as advertised? While the scheme has ramped up admirably well in states like Madhya Pradesh, which is now the top performer, other crucial states haven’t fared as well. Here is why.

THE WEEK analysed the constituency-wise malnutrition report for the ten worst performers in each of the four indices—stunting, low weight, wasting and anaemia. 13 of those constituencies were from Uttar Pradesh, and eight were from Jharkhand. Or, the states of UP (32 per cent) and Jharkhand (20 per cent) accounted for 52 per cent—more than half—of the worst performing seats in the country. In stark contrast, the government, citing POSHAN performance data that has been updated till March 7, 2019, has dubbed both UP and Jharkhand as “below average” in its activities pertaining to the scheme. 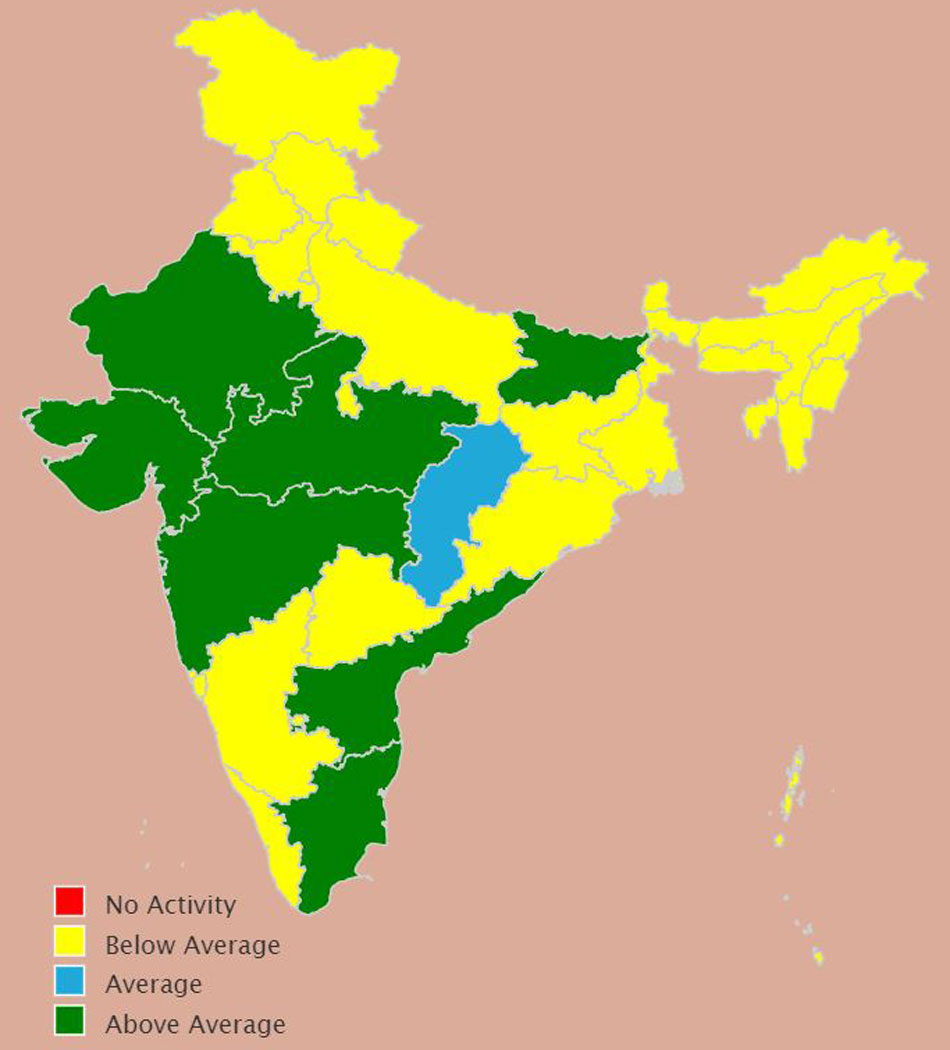 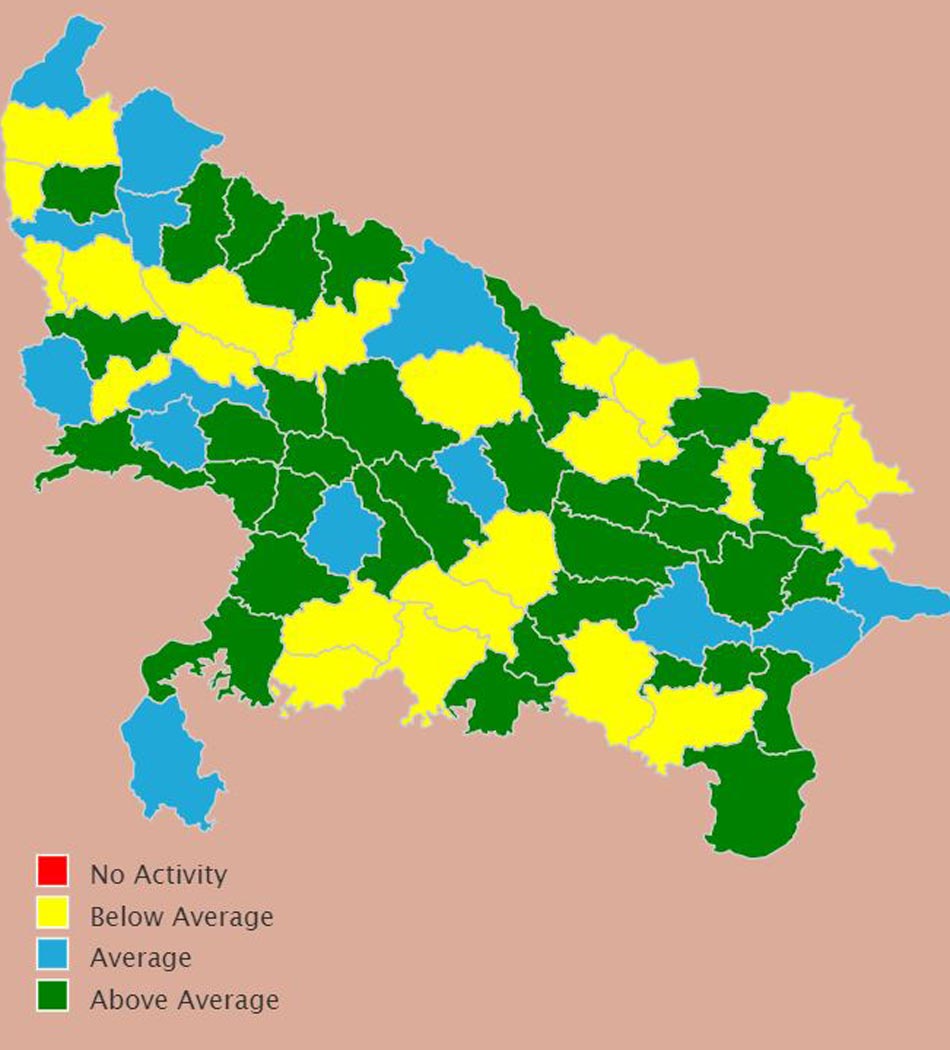 Again, in Uttar Pradesh, Bahraich district, which as a parliamentary constituency ranks at the very bottom of childhood stunting, is considered “below average” in POSHAN performance. And, this seems to be a factor that is not limited to the POSHAN scheme. A 2019 study by the International Food Policy Research Institute had analysed the Integrated Child Development Services (ICDS) to determine its coverage and equity. It found that while there was a significant jump in respondents availing of ICDS services between 2006 and 2016, the poorest households in the largest and weakest-performing states (Uttar Pradesh and Bihar) remained excluded from the scheme.

This raises an important question: are we having the critical policy discussions to find a way out of this mess? We analysed the public records of the debates, bills, Q&As in the 16th Lok Sabha which commenced June 4, 2014. How many private member bills were introduced? Disregarding the child development bills introduced by members like Ramdas Athawale, which were too wide and non-committal in its scope, there were two. One was by BJP MP Manoj Rajoria in 2015, calling for the setting up of an Eradication of Malnutrition Authority headquartered in New Delhi. Congress MP Jyotiraditya Scindia’s Child Nutrition and Development Nodal Agency Bill 2017 called “for the constitution of a Child Nutrition and Development Nodal Agency for operation and supervision of multi-sectoral programme in high, medium and low-burdened districts”. “Currently, all nutrition-specific and nutrition-sensitive schemes work in silos, and as a result, are not able to achieve the intended outcome. Therefore, the establishment of a nodal agency that will facilitate coordination of all ministries and departments and execute the schemes in a convergent manner is urgently required,” he wrote. Both the bills are pending in the House.

The issue has also featured in the Lok Sabha debates. TMC MP from Arambag, Aparupa Poddar, called for a committee, consisting of members from the Central and state governments, to monitor the training programmes and schemes carried out to eradicate malnutrition. NCP MP Supriya Sule argued that any intervention to address the problem of malnutrition should have the potential to prevent the occurrence of illness among children, which calls for ensuring safe water supply.