Statue of Unity: All you need to know about the colossal monument 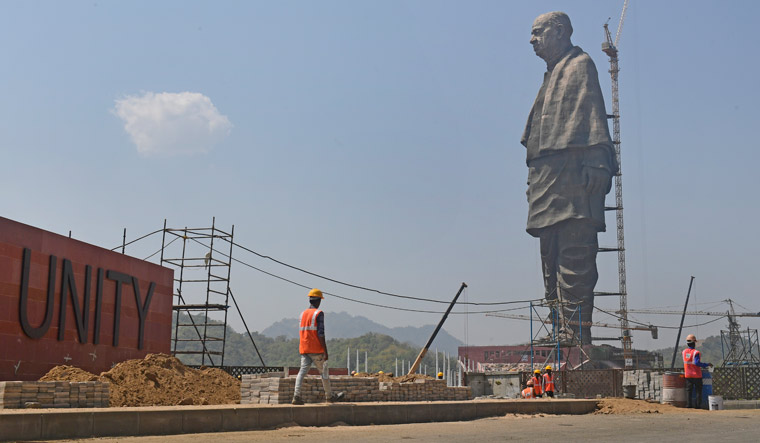 Prime Minister Narendra Modi will unveil the Statue of Unity, touted to be the tallest statue in the world, in Gujarat on Wednesday. Here is a sneak peek into the giant structure built in honour of Sardar Vallabhbhai Patel.

Height: 182-metre (The statue is twice the height of Statue of Liberty)

Where: An islet, Sadhu Bet, near the Sardar Sarovar Dam in Narmada district of Gujarat.

Other attractions at the site: A 17-km-long Valley of Flowers, a tent city for tourists near the statue and a museum dedicated to the life and times of Patel. A viewing gallery at a height of 135 metres has been created inside the statue to enable tourists to have a view of the dam and nearby mountain ranges.

Criticisms: The statue's construction had received opposition from some tribal groups in Narmada district. Various political parties have also hit out at the project over its huge cost. Congress have raised the fact that some parts of the statue were made in China.