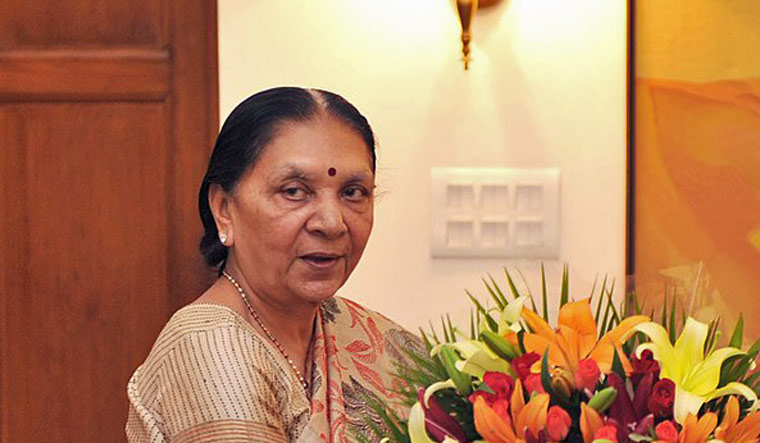 Known for her tendency to make controversial statements, the Governor of Madhya Pradesh, Anandiben Patel asked schoolgirls at Kasturba girls hostel in Rajgarh to learn cooking and not to cut their hair, or they may not be welcome at the homes of their in-laws.

Anandiben said that girls should learn how to make dal (lentil), otherwise, when they get married and start living with their in-laws, their first fight will be with their mother-in-law.

She also asked the girls at the hostel to name the prime minister and president of India. When some failed to answer, she instructed the warden of the hostel to hold a special class so that they can memorise the names of the leaders of the country.

During the interaction with the girls in the hostel, Anandiben asked them not to cut their long hair as it is "a matter of pride for girls". She asked them to learn how to knead flour and cut vegetables, and suggested that the girls cook together in the hostel so that they can learn these skills.

Anandiben Patel, who was previously chief minister of Gujarat, is known for making controversial statements during her tours outside Raj Bhavan in Bhopal. In a similar visit to Harda district two months ago, she said, "Prime Minister Narendra Modi is unmarried."

The governor was at Rajgarh to inaugurate Sakhi-One Stop Centre—a facility for pregnant women. During the governor's inspection of a local hospital, a pregnant woman complained that she is not getting timely instalments as stipulated in the Pradhan Mantri Matritva Vandana Yojana. The scheme entitles a pregnant woman to Rs 12,000 for availing herself to a nutritious diet. The money is given in instalments, every three months. The complainant named Rani said that she "got the first instalment after eight months".