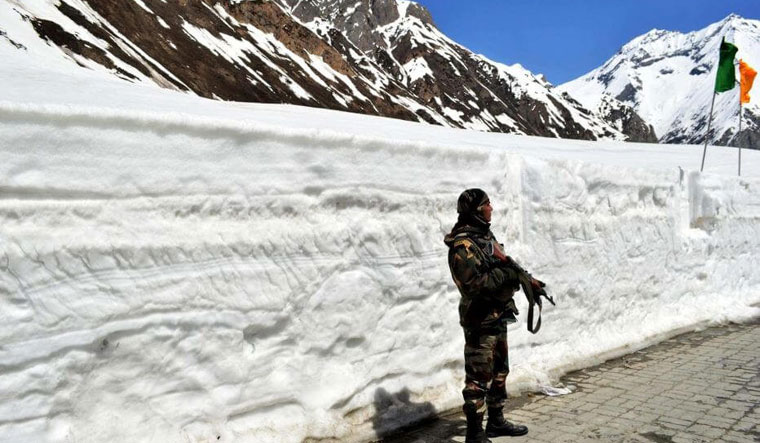 In a sign of opening up to the world, the ministry of defence has proposed to allow defence attaches (military advisors) posted in embassies and high commissions based in New Delhi to visit sensitive border areas.

To begin with, a few military diplomats will be allowed to visit Leh with their spouses. Till date, these defence attaches were not allowed to roam freely and were only permitted to visit select places or approved locations across India.

A senior official, based in South Block, clarified that the decision will apply only to military diplomats belonging to friendly countries. Leh, capital of Ladakh, houses the headquarters of Indian Army's 14 Corps, which oversees the sensitive eastern Ladakh border with China on the Line of Actual Control and Line of Control with Pakistan. 14 Corps looks after Kargil, Dras, Batalik and Siachen, which is the world's highest battlefield.

"These defence attaches will not only visit the 14 Corps headquarters, but also some locations close to the border with China and Pakistan. The ministry of defence and the Army headquarters are working on the proposal, and embassies have been asked to respond to it,"said a senior official. As per the plan, the first batch of nearly 50 defence attaches, with their spouses, will be sent to Leh and its surrounding areas in October.

Officials claim that if it happens, this will be the first time foreign military officers are allowed into the Ladakh sector. The proposal was mooted after several diplomats requested government to allow them to visit far flung areas across India, especially the high altitude areas.

This move is seen as part of a series of government initiatives under "open up" policy. Last month, the Union home ministry lifted the Restricted Area Permit (RAP) from 29 inhabited islands in the Andaman and Nicobar Islands, which were prohibited for foreigners. According to the latest notification from MHA, foreigners will also be allowed INTO 11 uninhabited islands for day visits, to be notified by the Andaman and Nicobar Islands administration.