Bhima Koregaon violence: Raids at residences of activists across India 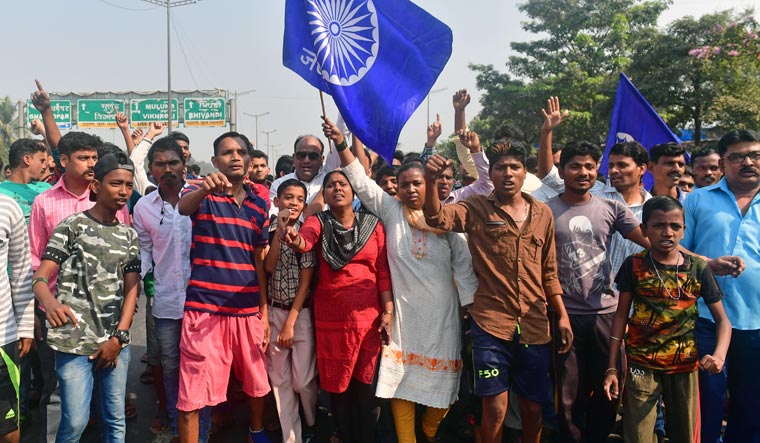 (File) Dalit protesters at Ghatkopar in Mumbai during the statewide bandh against the Bhima-Koregaon violence in January | Janak D. Bhatt

Pune Police on Tuesday conducted searches at the residences of prominent activists across the country for their suspected Maoist links, a senior police officer said.

The raids were carried out as part of the probe into the violence at Maharashtra's Koregaon Bhima village following an event held in Pune last year, he said.

Searches are being carried out at the homes of Left wing activist and poet Varavara Rao in Hyderabad, activists Vernon Gonzalves and Arun Ferreira in Mumbai, trade union activist Sudha Bhardwaj in Chhattisgarh and civil liberties activist Gautam Navalakha, who lives in Delhi, he said. Reportedly, Varavara Rao has been detained by police after the raids.

Rao's name had cropped up in a letter seized by the police during searches at the premises of one of the five people arrested in June in connection with the Elgar Parishad event on December 31 last year to commemorate 200 years of the Koregaon Bhima battle in 1818.

In June, five people were arrested for having close Maoist links after they allegedly made "provocative" speeches at the event, triggering violence at Koregaon Bhima village in the district, according to an FIR registered at the Vishrambaug Police Station after the event.

Police said probes were being conducted at homes of the five arrested and those who were directly or indirectly connected with them.