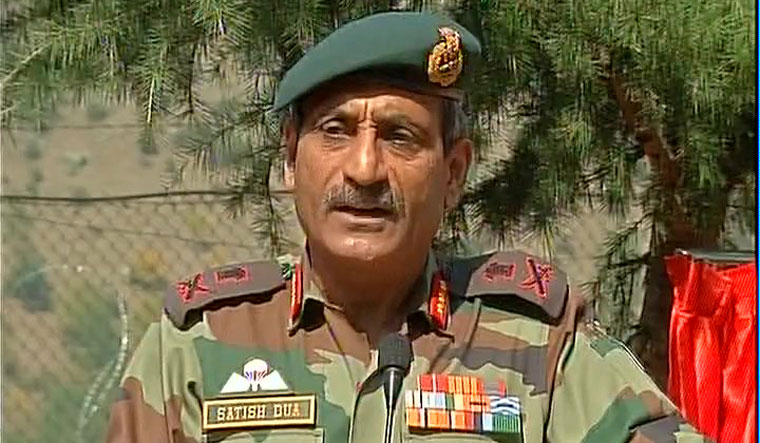 A senior Indian Army commander today said that the stone pelting incidents in Kashmir were at an all-time low.

Chief of Integrated Defence Staff Lt Gen Satish Dua made the statement during a passing out parade of Jammu and Kashmir Light Infantry Regiment in Budgam on Monday.

He asked if everybody is alienated (in Kashmir), why do such a huge number of youth from Jammu and Kashmir join the army. Those who took part in the passing out parade and attestation ceremony after 11 months of training included 215 local boys.

Dua said many youth in Kashmir aspire to join the army and it can be gauged by the recruitment rallies where hundreds turn up for 100 odd posts.

The former General officer Commanding (GoC) of the Srinagar-based Army’s 15 Corps headquarters said he hoped those who joined militancy would return to the mainstream soon.

In the first six months of 2018, according to the Union home ministry, 82 youth have joined various militant groups, compared to 128 in 2017. Last year, 220 militants including 15 top commanders were also killed in “Operation All Out”.

About the rise in infiltration, CIDS said he can’t talk much about the situation at the LoC, but stressed the overall situation in Kashmir was “well under control.”

“Infiltration is low and so is the stone pelting. The overall situation is under control as compared to previous years,” he said.

Addressing the new recruits, he said that all 256 are soldiers of JAK LI and added that the regiment has the distinction of having soldiers from all religions.

Dua, who is also the Colonel of the Regiment, said that JAK LI was formed as a response to the Pakistani invasion of Kashmir in 1947.