With clarion calls to declare Kerala floods a national disaster, here's what it means 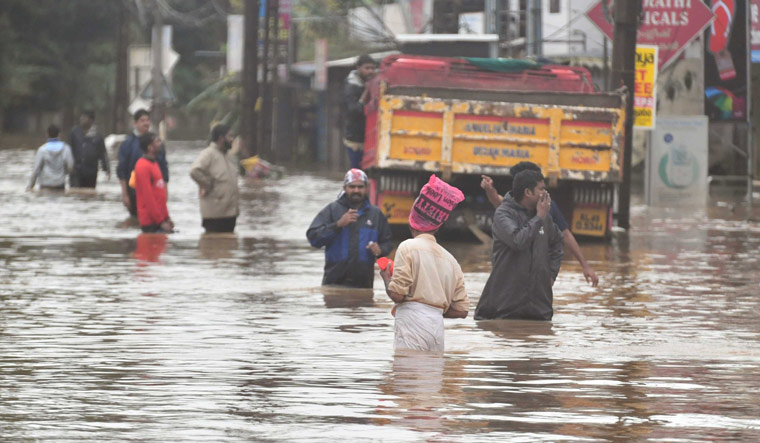 When Odisha was hit by the devastating super cyclone in 1999, former prime minister late Atal Bihari Vajpayee announced a package of Rs 250 crore for relief and rehabilitation works, promising that funds will never be a constraint in the development of the state. Vajpayee kept his word and he continues to be remembered in the state as the prime minister who helped Odisha recover from the calamity faster in comparison to the extent of devastation that had been caused.

As political parties like the Congress and the left demand that the government declares the Kerala floods as a 'national disaster', government officials said that declaring Kerala floods as a ''national disaster' on paper is not going to help the distressed people any more than what is already being extended to the state in terms of financial aid and deployment of relief and rescue forces on the ground. Depending on the extent of damages and relief and rehabilitation required in the coming days, the Centre will continue to pump in financial assistance and other relief material, they said.

Prime Minister Narendra Modi visited Kerala on Saturday and announced a Rs 500 crore package for relief and rehabilitaton. This money will be released from the National Disaster Response Fund.

Home ministry sources said that in the past, any move by a government to call a disaster as a 'national disaster' is only an indication that the State Disaster Response Funds have proved inadequate to meet the requirements and the onus falls on the Centre to give 100 per cent assistance .

“The demand for declaring a calamity as a national disaster is more of a political demand. It cannot be either a priority or the basis on which central relief is being extended to the state. The Central resources have already been put at the disposal of the state government. Both the home minister and Prime Minister have ordered release of central funds under the NDRF and central assistance by multiple agencies is already being extended to the state,'' said a home ministry official.

According to the Disaster Management Act, a "disaster" means ''a catastrophe, mishap, calamity or grave occurrence in any area, arising from natural or man-made causes, or by accident or negligence which results in substantial loss of life or human suffering or damage to, and destruction of, property, or damage to, or degradation of, environment, and is of such a nature or magnitude as to be beyond the coping capacity of the community of the affected area.''

A former additional secretary in the home ministry explained that the DM Act in no way differentiates between local or national disasters; and the definition given in the Act itself means that any ''disaster'' in the country is a ''national disaster''.

Experts in the government pointed out that in countries like the United States it is essential to declare a disaster as a ''national disaster'' by way of a Presidential notification to allow the Federal Emergency Management Agency to move in. It is only when the presidential declaration is made, that the central disaster response forces in the US can assist the states.

However, in India, there is no need for a government notification to move central forces like the Army or the NDRF to assist states for disaster relief and rescue works. As soon as the state sends a requisition to the central government, the central forces are dispatched. Multiple agencies—Army, Navy, Airforce and the National Disaster Response Force (NDRF)—have deployed extensive manpower on the ground in Kerala on the requisition of the state government.

“As compared to the US, we have a better system in place since the central government can provide assistance to states immediately without any paperwork,'' said an official.

What lies ahead, however, is the need for Kerala to now assess the damages to life and property after the situation is under control and prepare a memorandum to send to the Central government for additional relief and assistance on various counts to bring the state on its feet again. This can, however, be done once the waters have receded and the state authorities are able to access and assess the situation across the state. Based on the state government's memorandum, the Centre will dispatch a team to the state to study the situation and prepare a report. If the State Disaster Response funds fall short, the Centre will open its purse strings to help the state further to recover its losses. Administratively and legally, that responsibility lies with the central government irrespective of whether it labels it a national disaster or not.