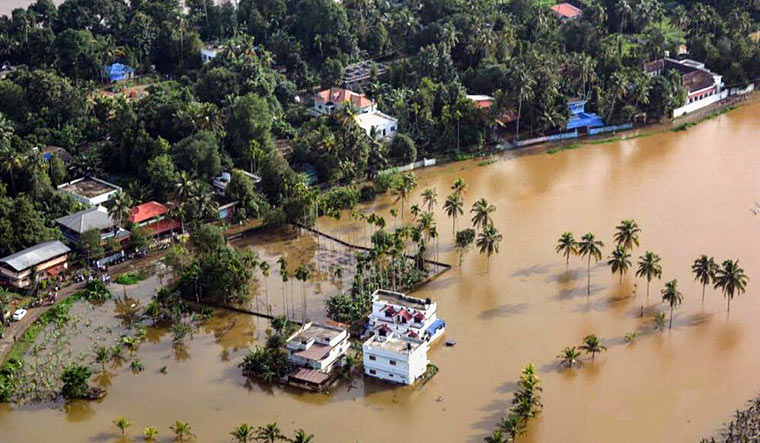 Kerala is expected to get a reprieve from incessant rains, the Indian Meteorological Department announced late on Friday. The depression that caused the heavy rainfall in Kerala was moving northwards and was expected to bring heavy rainfall over central India by Saturday, the IMD said.

Peerumede in Idukki district recorded the highest rainfall in the country in the 24 hours that ended at 8am on Friday. The hill town received 15.7cm rain while Idukki received 13cm of rainfall.

The latest showers will ensure that the Idukki hydroelectric reservoir receives strong inflows for another week at least. All five shutters of the reservoir were opened on Friday after the dam was filled to the brink for the first time in its history.

The shutters may not be closed even if the rain subsides. Adding to the worries is another depression being formed over the Bay of Bengal. This could also lead to another bout of rain in Kerala.

Meanwhile, rain subsided in the catchment areas of the smaller Mullaperiyar reservoir. The area received only 3cm of rain on Friday morning.

178 killed in Kerala this monsoon

This year's monsoon has been among the deadliest in recent history in Kerala, with the state recording the highest number of casualties, according to a list released by the Union ministry of home affairs.

The home ministry said on Friday as many as 718 people have died across India as a result of rain-related incidents this monsoon season. Kerala tops that list with 178 deaths, followed closely by Uttar Pradesh with 171 fatalities, while 139 people have died in Maharashtra.

At least 28 people have died in rain-related incidents in Kerala over the past week.