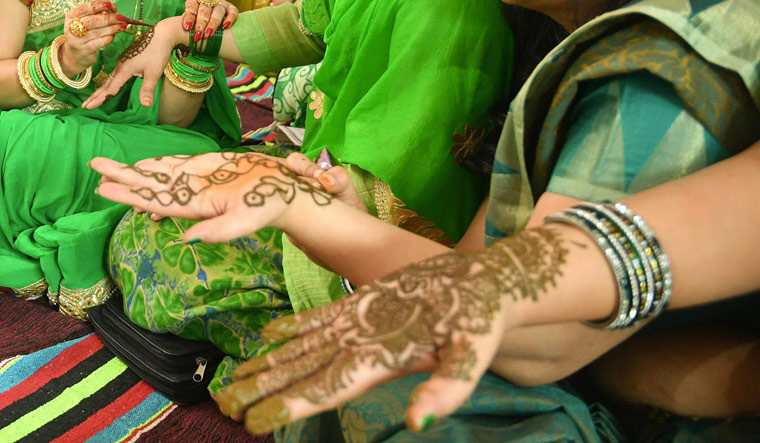 A private school in Bharuch was forced to tender an apology for allegedly punishing some girl students for wearing mehendi (henna body art) after angry parents confronted the institution's office-bearers on Wednesday. The local BJP MLA also intervened in the dispute.

The incident took place at Queen of Angels' Convent School at Vadadala on the outskirts of Bharuch city.

According to BJP MLA Dushyant Patel, the school principal made around 25 girls stand outside for four hours as punishment for wearing mehendi on their hands on Tuesday.

Enraged by the punishment for the children, many parents arrived at the school on Wednesday and questioned the management. Patel, who rushed to the spot after learning about the row, met the school management.

Members of the school management later came out and apologised before the media and parents, assuring that such an incident will not recur in future.

“This type of incident will not be repeated. We celebrate all festivals. We don't discriminate between students on the basis of their religion. This rule has been followed in our school from the beginning. We haven't suspended anyone," said Sister Shila, a member of the school administration.