Talib Hussain was arrested from Tral in south Kashmir 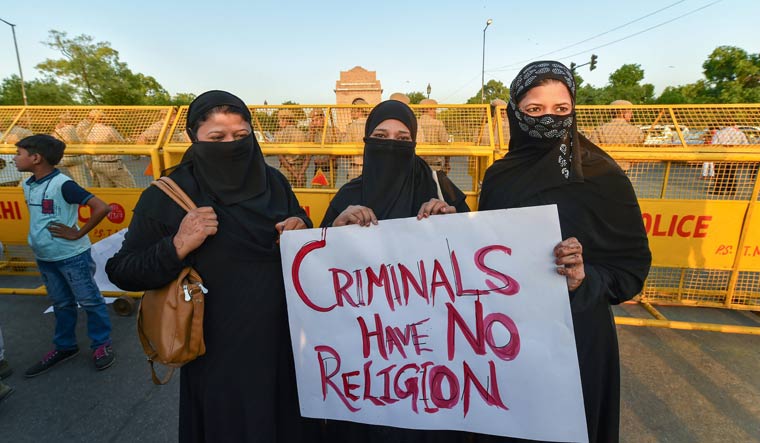 A rights activist who led agitation demanding justice for the Kathua rape and murder victim, an eight-year-old Bakerwal girl, has been arrested for an alleged rape attempt.

Talib Hussain and lawyer Deepika Singh Rajawat had emerged as the face of the agitation for justice for the Kathua victim.

Hussain, a lawyer, was arrested from Tral in south Kashmir after a complaint of alleged rape attempt was filed against him at the Samba police station in Jammu on Tuesday.

A case has been registered against him under section 376 (rape) of Ranbir Penal Code (RPC) and 4/25 Arms Act.

The complainant, a woman, alleged that Hussian tried to rape her when she was grazing cattle in Chadwa forests one-and-a-half months ago.

She also alleged that the accused threatened to kill her if she revealed the matter to anyone.

“Due to fear I could not tell about this to anyone. Today I told the whole story to my husband. It is requested that necessary action may kindly be taken against the accused,” reads the translation of the application of the accused in the FIR.

Sources said Hussian will be produced before the court on Thursday.