West Bengal: Congress worried over exodus of MLAs to TMC

The Congress, which had won 44 seats in last assembly polls, was reduced to 26 seats 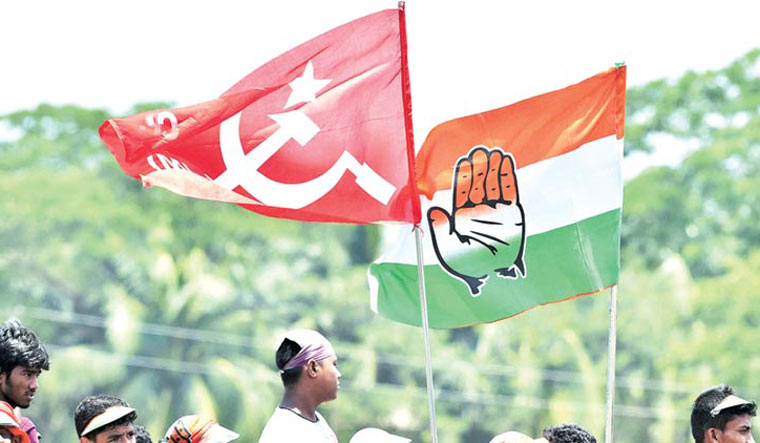 In West Bengal, there is a politically equalising situation between the Congress and the CPI(M).

The Congress, which had won 44 seats in last assembly elections, has come down to 26 seats because of relentless poaching by the Trinamool Congress. They were 30 till July 20 this year. But on the martyr day on July 21, four more MLAs—three from Murshidabad and one from Malda—joined the ruling party, leaving the Congress with same number of MLAs as the CPI(M).

In 2016, both the Left and the Congress fought the assembly election together and the latter won the maximum seats among the opposition parties, bagging 44 constituencies. CPI(M) was far below at 26, which made Congress get the post of the leader of the opposition.

Two and half years down the line, Congress has lost 18 of its MLAs, including several senior leaders, who resigned from the party to join the Trinamool Congress. These leaders also had quit their MLA posts and then won in byelections.

The latest scenario has made Congress's position as the principal opposition party in the assembly untenable. At present, Abdul Mannan, a Congress MLA, is the leader of the opposition (LOP) in the house.

In order to get the LOP post, a party should have to win at least 10 per cent of the total seats. So, Congress needs 29 out of the 294 seats to keep the post.

However, the speaker has a discretionary power to decide whether to allow Mannan to continue as the LOP. The question would then arise that if CPI(M) overtakes Congress in the assembly, will the speaker give the LOP post to its leader in the house, Sujan Chakraborty?

Said a senior state committee member of the CPI(M), "Let Mannan da enjoy the rank. In fact, we would oppose if he is removed as LOP. Once the designation has been attributed to an opposition leader, it cannot be taken away."

The speaker might continue to give Mannan the stature and position of the leader of the opposition, but the Congress leader has already refused all benefits given to the LOP.

Like in Parliament, in assembly too, leader of the opposition is treated like a cabinet minister in terms of facilities. He gets an office, government car, allowances and a small secretariat.

But Mannan, though he sits in his office in the assembly, does not take any other benefits like vehicles or secretariat. He travels by train from his home in Hooghly district to the assembly. He seldom goes to the party office and remains in his constituency when the House is not in session.

The poaching allegations come at a time when both the Congress and the TMC are expected to join hands at the national level as part of a larger coalition against Narendra Modi government.

"What can I say? This is how TMC is completely destroying our party using money and muscle power," said Adhir Chowdhury, president of state Congress .