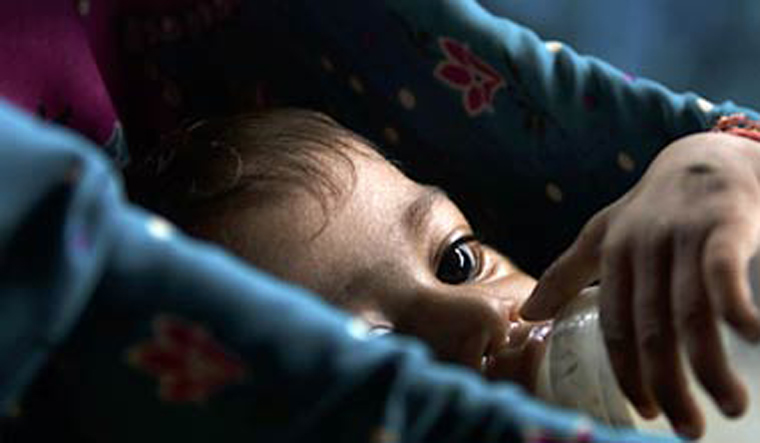 As many as 19,799 children died in Maharashtra between April 2017 and March 2018 due to various reasons, including poor weight and respiratory illnesses, Health Minister Deepak Sawant has said.

The main reasons of death during the period were poor weight at the time of birth, premature delivery, contagious diseases, congenital respiratory illnesses and deformities, besides others, he said in a written reply during the recently concluded Monsoon Session of the Legislative Council in Nagpur.

The ages of the children who died were not mentioned in the minister's statement.

Listing out measures taken up to prevent such deaths, Sawant said the women and child development department, under its schemes through anganwadis (state-run women and child care centres), is providing nutritious food, health check-ups, pre-school education and vaccinations to children.

Pregnant women are being provided free treatment for 42 days after child delivery and ill children are given free medical aid until the age of one year, he said.

“The other services include blood transfusion, making available vehicles (like ambulance in case of an emergency) and information on nutritious food,” he said.

The public health department has also initiated various schemes under which complete physical check-up of a pregnant woman is done and the health of newborns is checked periodically, and essential vaccines are given to them, Sawant added.