Indian Army to soon get armed drones from Israel 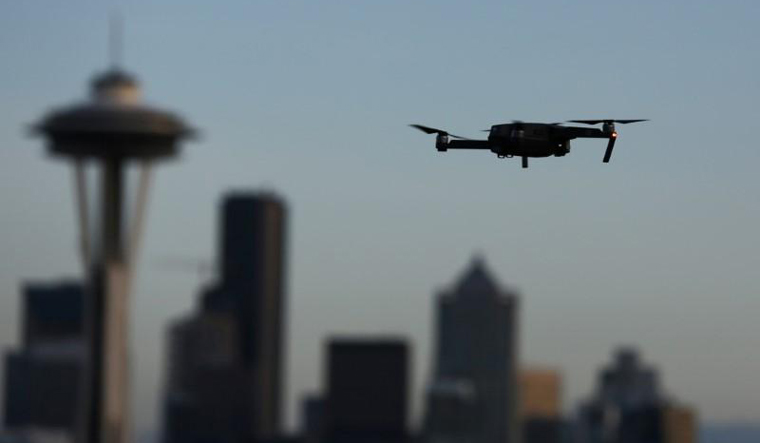 Till date, Indian security forces use UAVs or drones only for surveillance and reconnaissance missions [Representative image / Reuters]

Indian Army would soon have armed drones in its inventory. During the annual joint working group discussion between India and Israel held in South Block on Tuesday, both sides moved forward to finalise the deal to provide 10 Heron TP armed drones for Indian Army. The deal worth $400 million had been pending for over three years.

The drones, to be acquired under 'Project Cheetah', will help the force hit target (enemy) with air-to-ground missiles after tracking it down.

Till date, Indian security forces use UAVs or drones only for surveillance and reconnaissance missions.

Only a few countries have armed drones, which include the US, the UK, China, Israel, Pakistan, Iran, Iraq, Nigeria, Somalia, and South Africa.

"Armed drones will certainly be a force multiplier. The Army has been trying to acquire it for long," said a senior defence ministry official who added that the 'Project Cheetah' was first initiated during the UPA tenure, but was put in the cold storage. In 2015, Prime Minister Narendra Modi-led government decided to revive the project to give a fresh push to defence cooperation between India and Israel. Simultaneously, India is trying to crack a deal  with the US to acquire its armed Predator drones.

Besides Heron TP, other pending procurements from Israel were also discussed during the talk. The purchase of two more PHALCON radar systems for Airborne Warning and Control System, to be mounted on Russian IL-76, was also taken up along with the ongoing programme of upgrading of Heron unmanned aerial vehicles. Indian security agencies are using unarmed Heron drones for surveillance.

Defence sources said that Israel also raised the long pending deal of Spike anti tank guided missile systems for Indian Army, which is facing shortage of such fire-and-forget missile system. Military sources maintained that India will also be losing its edge over Pakistan Army, which has equipped its infantry soldiers with such missiles that can strike Indian tanks and bunkers from a distance of 3-4 km. India's equivalent missiles have a range of just 2 km.