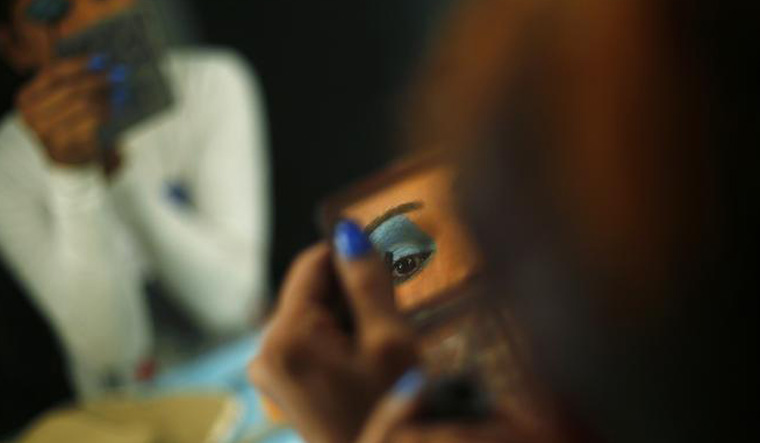 Jasmine had to knock on many doors to get a decent accommodation in the city when she was ostracised by her family.

She was humiliated and mocked when she sought admission in a ladies hostel and pushed out of a rented room by its owner, who raised uncomfortable questions about her gender.

Jasmine, a transwoman in her early 30s, is among hundreds of third genders who were neither welcomed in hostels nor accepted as paying guests and forced to spend nights at bus stands and railway stations, suffering insult and harassment.

Though Kerala was the first state to unveil a 'transgender policy' to end social stigma towards them,, the reality is that they find it difficult even to get decent accommodation.

But there is good news for the marginalised group as the state government is gearing up to provide 'shelter homes' for those among them who join its special literacy programme.

The third genders, who are part of 'Samanwaya', an exclusive continuing education programme for them designed by the state literacy mission, can enjoy safe stay at shelter homes till the completion of the course.

Besides free accommodation, TG learners who pursue the course, would also get free food and scholarship.

P.S. Sreekala, director, state literacy mission, said this was the first time in the country that shelter homes were being provided for TGs as part of a literacy programme to avoid dropouts.

In the initial stage, shelter homes will be provided in four districts—Thiruvananthapuram, Kollam, Pathanamthitta and Alappuzha. Either government-owned buildings or rented structures will be converted as TG shelter homes with the support of state social justice department, she said.

"Accommodation is still a major cause of worry for transgenders in our state. They are denied admission in hostels or pushed out of rented houses only because they belong to a third gender," Sreekala told PTI.

She said the mission conducted a state-wide survey recently to take a headcount of TGs as a prelude to launch Samanwaya, the continuing education programme. "Around 67.14 per cent of the persons surveyed were keen to enrol in the continuing education drive. But a majority of them could not join the programme as they failed to find out accommodation facilities to pursue the course," she said.

A number of transgenders had quit jobs in Kochi Metro Rail Ltd recently also due to the dearth of suitable housing and accommodation.

TG activist Sheethal Shyam said despite awareness drives, third genders are still ostracised in society and cannot take up job offers or continue education due to lack of accommodation facility.

"Shelter homes is our long pending demand before the government. We are happy that the literacy mission will provide the facility during the course period," Sheethal,also a member of the Kerala transgender justice board, told PTI.

"Tgs, who are pursuing the course, can stay in the shelter homes without any fear at least till the completion of the course. They can stay there with a relaxed mind without any humiliation or the fear of being pushed out from there by anyone," she said.

Sreekala said besides accommodation, free food and scholarship would also be provided to the TGs.

"The service of a warden will be provided in each shelter home. We are planning to rope in TGs as wardens also. Vocational skill training is also on cards based on these shelter homes," she said.

However, the official admitted that even the literacy mission had faced difficulties in identifying buildings to arrange TG shelter homes. "We faced several difficulties in getting buildings. Private parties were reluctant to rent out the buildings when we say the purpose. We cannot choose any building around. Their safety is our responsibility," Sreekala said.

A total of 145 TGs of the total 918 identified in the survey have so far enrolled for the 'Samanwaya' programme in the equivalency courses from fourth to 12th standards.

A monthly scholarship of Rs 1000 would be given for the learners from class 4 to class 10, and Rs 1,250 for those pursue the class 12 equivalency.

"We expect that the headcount of the learners will be improved with the coming up of the shelter homes," the literacy mission director added.

Social Justice Minister K.K. Shylaja would launch the distribution of the scholarships at a function in Thiruvananthapuram on June 28, the literacy mission authorities added.

Around 50 per cent members of the transgender community survive on a monthly income of Rs 1,000 or less, the recent survey conducted by the literacy mission has found.

A total of 20.35 per cent of TGs surveyed were unemployed, and over 30 per cent were engaged in some form of self-employment, it said.

The survey also revealed that six out of 100 transgender persons were engaged in begging and eight out of 100 in prostitution.