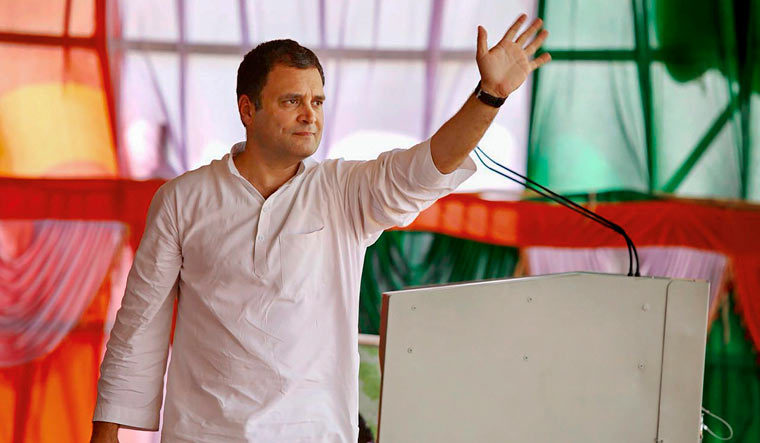 Rahul Gandhi turns 48 today, but luck continues to elude the Congress President. Or so, it seems. Two renowned astrologers from Kerala told THE WEEK that Rahul Gandhi is not destined to become prime minister anytime soon. Said astrologer Kanippayyur Narayanan Namboodiripad, “Rahul has a divinely blessed nakshatra [horoscope]. There is absolutely nothing wrong in it. But politics is not where Rahul was supposed to be in the first place. Now that he is in politics, he needs to wait patiently for success, no matter how long it takes to reach there.”

Kanippayyur said Rahul Gandhi will not become prime minister in 2019. “He needs to mature more, which he will, as is indicated. There is some improvement from what he was like some years ago, which is quite visible. But he will continue to commit blunders. He doesn’t know yet how to give a rational explanation of events and things. But he will learn that as years progress,” said Kanippayyur. “There is no clear revelation in his horoscope on whether he can become prime minister after 2024. Not anytime soon is what I gather going through his horoscope. All I can say at the moment is that his political future does not look bright for at least next three to four years.”

Said astrologer Chithrabhanu K. Poduval, “Rahul was born on Shukla Paksha [period of brightening moon] and Shubh Yoga [ruled by Goddess Lakshmi], in which case success comes in the later part of one’s life. Also, he could suffer from chest-related problems in a few years from now.”

Rahul’s Rahu Dasha begins from February 2019 and goes until October 2021, said Kanippayyur. “During the time, he will be committing careless mistakes frequently,” said Kanippayyur, who said Rahul Gandhi should worship Lord Vishnu more often in the years to come. Rahul Gandhi’s marriage should take place before February 2019, he said. “Or else, I don’t see it happening for the next three to four years.”

“The presence of Jupiter in his ascendant speaks about Rahul’s character. He helps those who help him. But he doesn’t know how to keep friends close to heart. At present, the Antardasha of Sun in the Mahadasha of Mangal (Mars) is continuing in Rahul’s case till September 13 this year. The Chandra Antardasha, that comes in Rahul’s case from mid-September, 2018, doesn’t help him much. Rahul’s Mahadasha will last for 18 more years, till 2036 [when he turns 66],”  said Poduval. Rahul’s political career, he added, will do wonders after 2024. “There is a certain untoward happening mentioned in his chart in mid-2022. Marriage could prevent it. So, ideally, he should marry before 2022.”

Poduval said Rahul Gandhi’s horoscope mentions on how extensive travel, export and logistics-related business would help him. “There is no mention of politics in it,” said Poduval.

Other famous Geminis include US President Donald Trump, Delhi Chief Minister Arvind Kejriwal and actors Sonakshi Sinha and Angelina Jolie. “Geminis are extremely curious and have a tendency to suddenly get serious every now and then,” said astrologer K.K. Vamanan Nampoothiri, contributor of THE WEEK magazine.

Kanippayyur and Poduval had earlier, on THE WEEK’s request, checked Narendra Modi’s horoscope and said Modi will face no political setback till 2029.

Said Madhusudan Mistry, Rajya Sabha MP, Congress, to THE WEEK, “All I want to say is that there is no alternative to Rahul Gandhi in 2019. There is discontent in every section of society against the BJP government. Most people don’t want to give Modi another term. It is natural for the Congress to play the main role among the opposition parties. We have presence everywhere. So, we will see Rahul Gandhi emerge as the prime ministerial candidate of opposition parties very soon. And, yes, he will be the prime minister in 2019.”