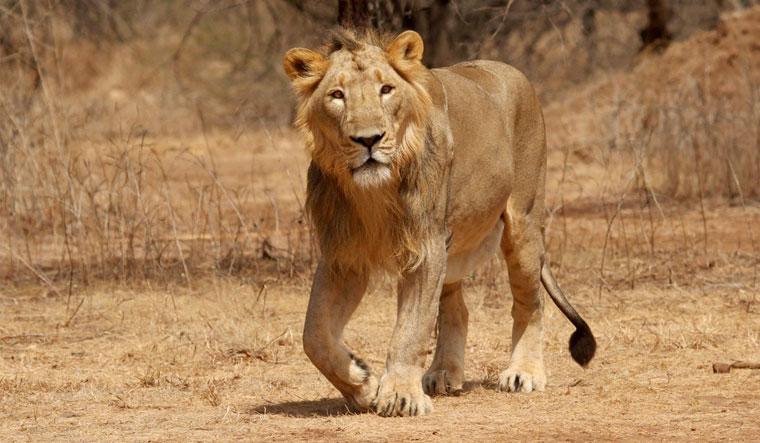 The Gujarat government has decided to bring 109 square kilometre area in Amreli and Bhavnagar districts under the jurisdiction of Junagadh forest authorities, in a bid to conserve the Asiatic Lions in the Gir forest – the only wild habitat in the world that supports the species.

The Asiatic Lion is listed as 'endangered' on the IUCN Red List due to its small population. Though the number of lions has gradually increased over the last few years, according to sources, the Gujarat government got alarmed following reports of unauthorised agents who organise illegal lion shows in the area.

Apart from declaring the 109 sq.km. area as conservation zone, the state government also decided to take several measures to protect the species at a meeting chaired by Gujarat Chief Minister Vijay Rupani on Monday.

Forest minister Ganpat Vasava on Tuesday said that since the lions are also found residing outside the forest area, hence a special division will be created under chief conservator of forest, Junagadh at Amreli district.

The government has also decided to take stringent action against those who organise illegal lions shows and those who chase lions on vehicles. Vasava said that Section 9 under the Wildlife Protection Act, 1972 will be imposed on such people, which has a provision for imprisonment up to seven years. The said section, Vasava said, is applied on those hunt the endangered animals.

A steering committee would be formed under the chairmanship of the forest minister for the conservation of the lions.

Facilities at the Gir National Park are also being augmented for the tourists so that they can spot the lions easily.