Polling in Jayanagar was postponed due to death of BJP candidate B.N. Vijayakumar 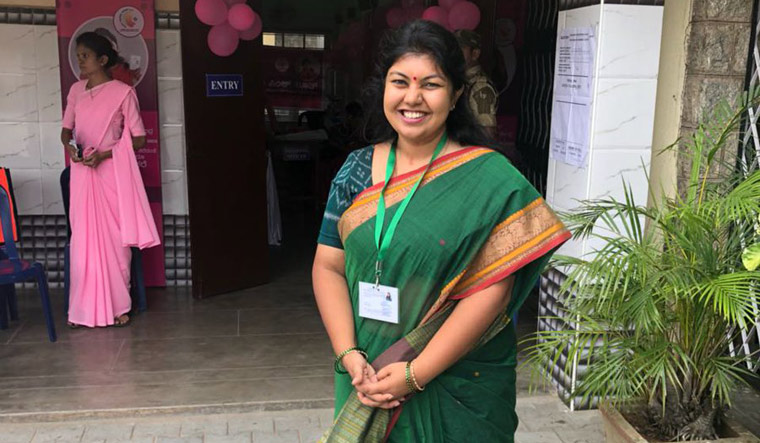 The victory might be seen as people's acceptance of the post-poll Congress-JD(S) alliance that is ruling in Karnataka.

An estimated 55 per cent polling was recorded in the constituency on June 11, the election day.

The election was countermanded after the death of BJP candidate B.N. Vijayakumar, who was the sitting MLA from the seat. The BJP fielded his brother B.N. Prahlad in the constituency. Sowmya Reddy is the daughter of senior Congress leader and former minister Ramalinga Reddy.

Police have made elaborate security arrangement in and around the counting centre.

Earlier on June 5, the Janata Dal (Secular) (JD-S) decided to support the Congress after withdrawing its candidate Kalegowda from the constituency.

The counting of votes for the 222 of the 224 assembly seats in the Karnataka state assembly took place on May 15.

The BJP had emerged as the single largest party in Karnataka assembly with 104 seats, while the Congress and JD(S) garnered 78 seats and 37 seats, respectively.

However, after days of high-political drama in the state, the Congress and the JD(S) came together and managed to form the government in the state in partnership.