'Brahmos will breach mach 7 barrier in next decade' 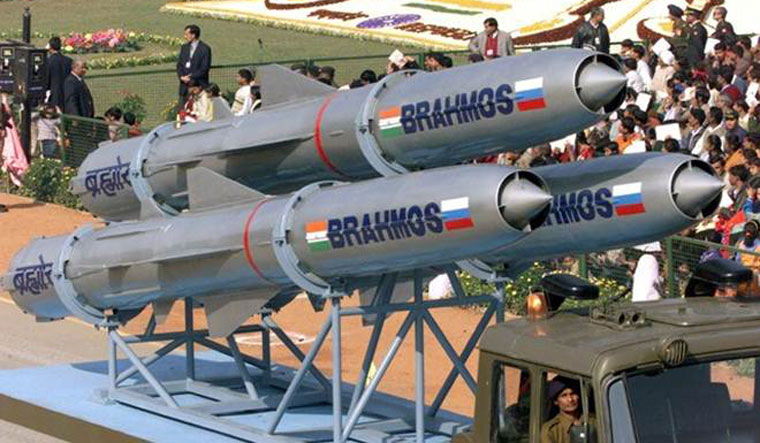 Brahmos, the fastest cruise missile in the world co-developed by India and Russia, will be breaching the mach 7 barrier to become a 'hypersonic' system in the next decade, a top official said.

"We will require seven to ten years from now to become a hypersonic missile system," said Sudhir Mishra, the chief executive and managing director of the joint venture company Brahmos Aerospace.

He said the missile, which currently travels at mach 2.8 or 2.8 times the speed of sound, will touch mach 3.5 soon and mach 5 in three years.

The intent is to come out with a missile that will be able to deliver to the next-generation warfare, Mishra said.

He said Indian institutions including the DRDO, IITs and Indian Institute of Science are working on technologies which will help it achieve the goals and added that Russian institutes are also doing similar work.

He said the company, which has a majority 55 per cent holding by the Defence Research and Development Organisation (DRDO) and the remaining with Russia, has an order book of over Rs 30,000 crore at present.

Over the years, the basic missile system has been modified in a such a way that it can be fitted on various platforms, including ships, submarines, the Sukhoi-30 aircraft as well as land, for launch, he said.

Sharma claimed at present the missile system is 5-7 years ahead of the nearest competition from a development perspective.

"Today, this is the fastest cruise missile in the world. Nobody including the US has such a missile system," he said.

Mishra said the engine, propulsion technology and seeker are developed by the Russians, while Indians do control systems, guidance, software, airframes and fire control systems.

Over 70 per cent of the components are manufactured using private industry's help, he said.

Mishra, however, also conceded that the missiles will be relevant for only 25-30 years and warfare will shift to newer tools like "high power lasers and high power microwave weapons" which will not require "kinetic weapon" systems.