FROM THE ARCHIVES: Dalit dawn 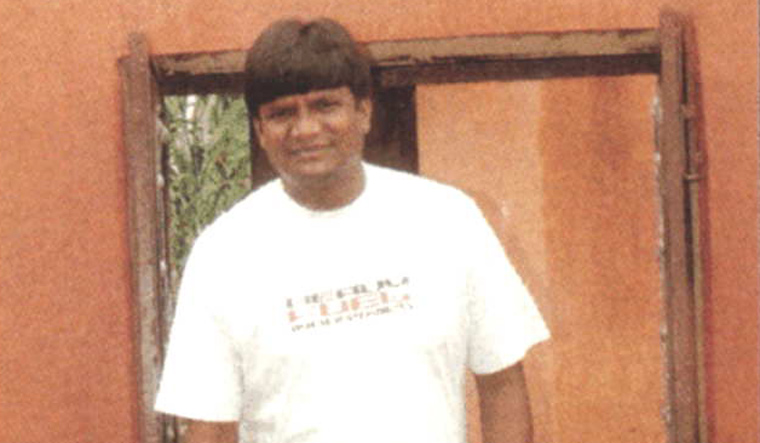 Dhullu Mahto, the 35-year old MLA from Baghmara, Jharkhand, likes to watch gangland movies on the big television screen in his residence in Chitahi. The villains appear to have influenced Mahto, who, many say, is fast emerging as the don of the coal belt around Dhanbad, 30km from his village.

Unlike Dhanbad's pyjama-clad dons of yore, Mahto likes wearing T-shirts and jeans. That he is spreading his income among his supporters has made him popular. Says a leader of his Jharkhand Vikas Morcha (JVM): “He distributes half his earnings among his supporters, who are well below the age of 40.” It is said that Mahto makes about 20 lakh rupees a day from illegal activities, an allegation that he does not deny outright. “Bhagwan kare meri kamee 20 lakh per day hojai [May God help me make that much money],” he says. Mahto's rise has been spectacular. In 1994, after he completed his Intermediate, the dalit joined the Sinidih colliery of Bharat Coking Coal Limited as a general labourer. Soon, he became the leader of the labourers who loaded the railway wagons and trucks at the colliery. In early 2000, Samresh Singh, a minister in the Rabri Devi government in Bihar, recognised Mahto's 'potential' and made him head of the Tiger Force, a group which Singh had formed to collect 'tax' from the coal belt. Seven criminal cases were registered against Mahto during his stint as the Tiger Force chief. “Whenever we arrested Tiger Force members involved in collecting rangadari tax, Mahto would force us to release them,” says a police officer.

In 2005, Mahto contested the assembly election from Baghmara as Jharkhand Vananchal Congress candidate. Though he lost, he surprised poll pundits by securing 25,000 votes. Just before the 2009 elections, he joined the JVM, led by former chief minister Babulal Marandi. He contested from Baghmara again and won by a margin of 30,000, felling Jaleshwar Mahto, former minister who had twice represented the constituency. “With the help of local administration and the police, Mahto is bankrupting BCCL,” says Jaleshwar.

Local people say Mahto's supporters have since grown manifold. When he moves around in his Toyota Fortuner, a dozen vehicles carrying his supporters follow. “At least, 30,000 bikers participated in a procession when his wife [Savitri Devi] filed her nomination for the post of mayor of Dhanbad,” says Aftab Alam, a fruit seller. Savitri's nomination, however, was rejected because she was too young—below 30—to be mayor.

Sources say if Mahto's influence continues to grow—senior police officers and businessmen say it will—Suresh Singh, the present don of Dhanbad, will lose his hold. And for the first time in the coal belt's rich mobster history, a dalit will be ruling Dhanbad. Says local BJP leader Kumar Abhishek: “Out of 50 coal loading centres in Dhanbad, 25 are under Mahto's control. In the days to come, he will take control of the remaining, too.” Abhishek claims Mahto has purchased a dozen AK-47s and AK-56s from Nunoo Naushad, an arms dealer of Kolkata.

Mahto's influence in the coal belt can be gauged from the fact that Sanjiv Singh of the Singh Mansion, house of the erstwhile dons of Dhanbad, had to seek Mahto's permission to take delivery of coal allotted to him by BCCL last year. Says a BCCL employee: “Every month, Mahto grabs nearly 20,000 tonnes of coal at floor price from the mines in his constituency. He has been doing this for the past two years for companies belonging to his close aides. He makes at least 1,200 rupees per tonne.”

When BJP MP P.N. Singh complained to the deputy commissioner about the illegal toll collection from heavy vehicles by Mahto's men at several centres in Dhanbad, an enraged Mahto allegedly dared him to stop the collection. Allegedly, Mahto also makes money by overloading trucks carrying coal.

The police say Mahto, a teetotaller, has never been involved in any case of murder, rape or kidnapping. According to a senior income tax officer, Mahto is an aspiring don who wishes to win the hearts of Dhanbad's poor and the downtrodden. Mahto, too, insists that he is not a criminal. “I am a very simple human being and have nothing to do with the moneymaking strategies my opponents say I indulge in. I do not have any desire to become the don of Dhanbad. But I would like to say that my Tiger Force will teach a lesson to people who try to harm the poor.”

Reportedly, Mahto's growing influence has brought his enemies together. Before Suresh, the Singh Mansion's Suryadeo Singh was the don of Dhanbad. Suryadeo died of a heart attack in 1991, and Suresh grabbed his mantle. The police say Suresh engineered the killing of Rajiv Ranjan Singh, the eldest son of Suryadeo. The Rajputs, who have been warring since, have now come together to stop Mahto's ascent. But a top police officer in Jharkhand says they are unlikely to succeed. “No one can stop Dhullu Mahto from becoming the first dalit don of Dhanbad,” he says.