In Yogi's UP, rape victims are immolating themselves, thanks to UP police 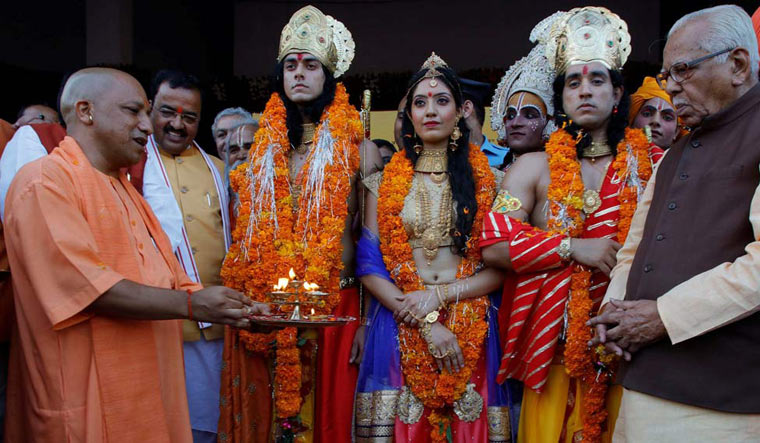 In Chief Minister Yogi Adityanath’s Ram Rajya, sitas are immolating themselves seeking justice, thanks to the Uttar Pradesh police. At a time when there is seething anger across India due to rising number of rapes and lack of adequate convictions, extreme insensitivity from the part of the UP police in dealing with such cases is appalling.

The Unnao rape victim's screams were heard only when she made a bid to immolate herself in front of chief minister Yogi Adityanath’s residence. There are other victims too, who have immolated themselves just to make their voices and concerns heard.

In just one month, four rape victims, including the Unnao victim, have taken the immolation route in the hope of getting attention and justice from the authorities.

Unfortunately, the victims took the extreme step after becoming “victims” of police inaction and apathy.

One of the two victims is from the UP capital of Lucknow. The victim alleged that a principal at a school where she had worked “sexually exploited” her in 2016. To add to her woes, the victim claimed that the UP police diluted the case. They slapped simple charges on the rape-accused principal and showed utter laxity in investigating the case.

The prinicipal, who was arrested after a prolonged delay, easily managed to get a bail from the court because the case was weak. Once out on bail, the accused started harassing the victim. When the latter approached the police again, it refused to register a case.

The second woman who tried to immolate herself on Tuesday in front of Yogi Adityanath's house also complained of extreme insensitivity from the UP police. The 22-year-old alleged that she was raped by a man last month, and when she tried to get a case registered, the police simply refused to do so. The  incident happened near Barabanki.

Earlier on April 2, another rape victim from Barabanki had tried to immolate herself in front of Yogi Adityanath’s residence. The 32-year-old woman attempted self immolation alleging the police registered a weak case against the accused who raped her. The matter is being investigated by the police.