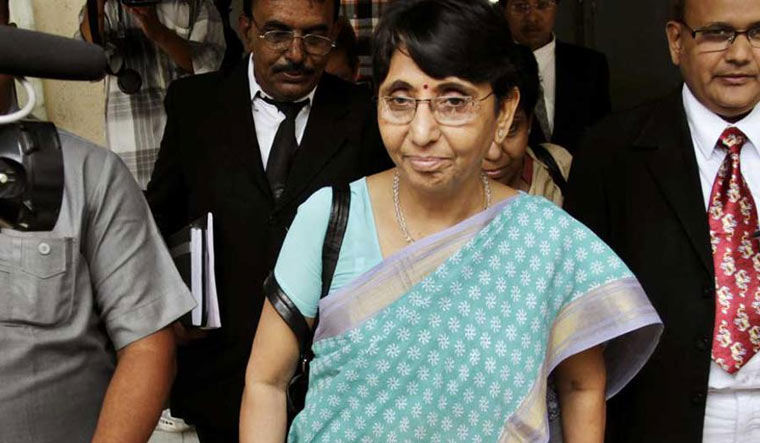 The high court, however, upheld conviction of another key accused Babu Bajrangi, but reduced his sentence from imprisonment till death to 21 years of rigorous imprisonment.

BJP's state leaders, who have kept a distance from Kodnani ever since her name cropped up in the case, welcomed the verdict.

Deputy Chief Minister Nitin Patel also welcomed the verdict and said if Kodnani wanted, she could be active in politics again.

Once considered close to BJP stalwart L.K. Advani, Kodnani wasn't visited by party's senior leaders ever since she was named as an accused in the case.

The high court judgment came 16 years after 97 people from minority community were done to death on February 28, 2002 at Naroda Patiya in Ahmedabad. Naroda Patiya was one of the 10 riot cases probed by the Special Investigating Team.

The 2002 riots, which claimed over 1,000 lives, mostly of people from minority community, were considered a reaction to Godhra train carnage in which 59 people, mostly kar sevaks returning from Ayodhya, were burnt alive on board S-6 coach of Sabarmati Express in Godhra.

A division bench of justices Harsha Devani and A.S. Supehiya while pronouncing the judgment on Friday said that charges against Kodnani could not be established.

In August 2012, a special SIT court in Ahmedabad had sentenced 32 people, including Kodnani, to life imprisonment. She later got bail on health grounds. Twenty-nine people have been acquitted.

Government lawyer Prashant Desai said that 11 witnesses had testified against Kodnani. But there were contradictions in their statements about the direction from where Kodnani came to the spot. Desai said that there was no police witness to testify that he/she saw Kodnani at the crime site.

Family members and friends made a beeline at Kodnani's residence in the eastern part of the city to congratulate the family. Kodnani, a former minister and a gynaecologist, had remained cut off from politics even after she got bail.

Kodnani's husband Dr Surendra thanked the almighty and said that he had full faith in the judiciary.