Mohan Bhagwat: Root of Indian culture will be cut if temple not rebuilt 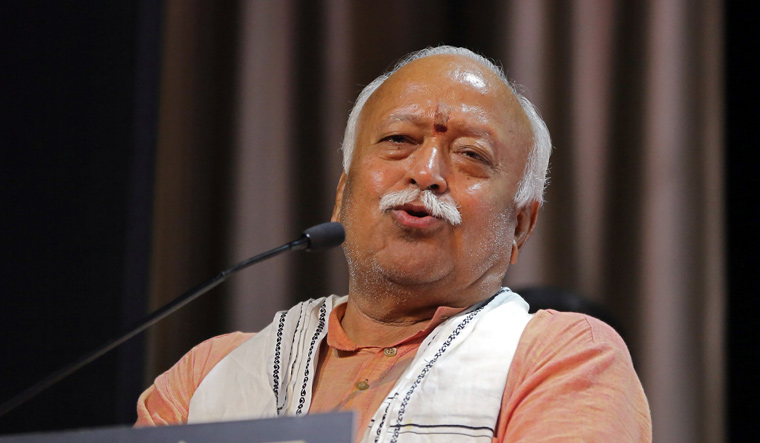 Rashtriya Swayamsevak Sangh (RSS) chief Mohan Bhagwat said if Ram Mandir was not rebuilt, the root of the Indian culture will be severed.

Speaking at a rally in Palghar district, Bhagwat said that the temple was demolished by Muslims based outside India, and it is now the responsibility of the people to restore the demolished temple, where it originally stood.

“The temple in Ayodhya was demolished by the Muslim community outside India. Indian nationals can't do such a thing,” Bhagwat said.

“It is our responsibility to restore what was demolished within the country. The temple should be built where it actually was. We are ready to fight for it,” he added.

The Ram Janmabhoomi-Babri Masjid dispute is being heard before the Supreme Court.

The Babri Masjid, built by Mughal emperor Babur in Ayodhya in 1528, was on December 6, 1992, demolished by Hindu Karsevaks, claiming that the Ram temple that originally stood there was demolished to construct the mosque.