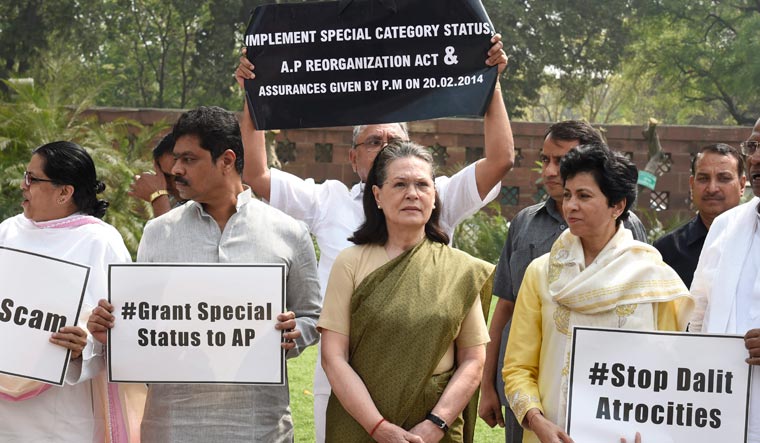 Leaders of opposition parties on Thursday held a joint protest in front of Mahatma Gandhi statue in Parliament over a slew of issues.

They protested against issues like bank scam issue, farmer crisis, no-confidence motion, SC/ST Protection Act and disinvestment of Air India among other issues.

Both the Houses of the Parliament have recently seen repeated disruptions in its proceedings because of various protests and agitations by its members.

Be it Cauvery issue or Special Category Status to Andhra Pradesh, the MPs have been creating pandemonium in the Parliament leading to adjournment of the House.

Recurrent protest by Telegu Desam Party (TDP) MPs have also been disrupting the daily proceedings of the Houses.

Similarly, the no-confidence motion by several political parties has also caused a lot of ruckus in both the Houses lately.