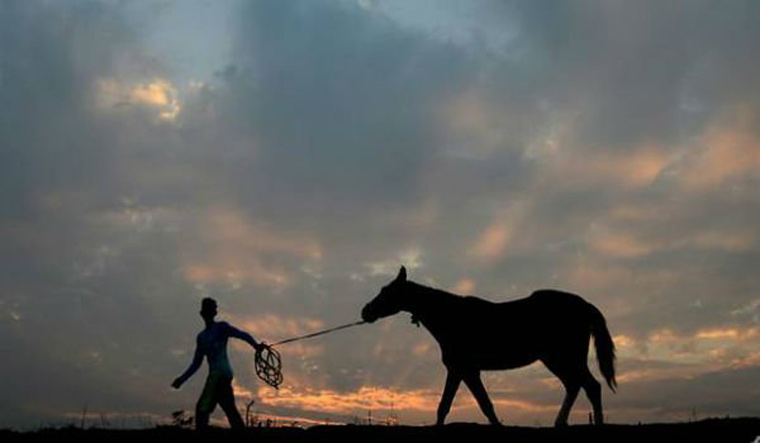 Days after a dalit youth in Gujarat was hacked to death allegedly by upper caste men for riding a horse, a youth from the downtrodden community in Uttar Pradesh moved the Allahabad High Court for protection as he wants to ride on a horse on his wedding day.

Sanjay, a prospective dalit groom, told the court that he wanted to ride a mare to reach the house of the bride. He alleged that the villagers belonging to the upper castes were not allowing him to ride the mare for his barat (marriage procession).

The court, while disposing of his petition, maintained that the matter pertains to law and order and asked Sanjay to seek the help of local police by lodging a complaint. If police refuse to help him, he can file a petition in the lower court.

This is an interesting example of social discrimination amid the ongoing tug-of-war between dalits and upper castes in several parts of Uttar Pradesh.

According to Sanjay, who hails from Nizampur village of western district of Etah, his marriage with Sheetal of the same village has been fixed and he wants to ride a mare on the wedding day. But such a thing has never happened in his village before because the upper caste people have never allowed anyone from dalit community to ride a mare and perform the marriage.

Sanjay said he initially sought the help of local administration but they refused his request out fear that this move could create a law and order problem. Subsequently he moved the high court. The matter was heard by a bench comprising justice Ranvajay Singh and Justice Shashikant.

The court also asked the local administration to submit a report in this connection. After going through the report, the court ruled that there is no need to pass a separate order in this connection. The court observed if someone troubles the groom, he can complain to the police and seek help.