Kamal Haasan in Thoothukudi in support of anti-Sterlite protests

Kumarareddiyapuram residents have been demanding that the Sterlite plant be shutdown 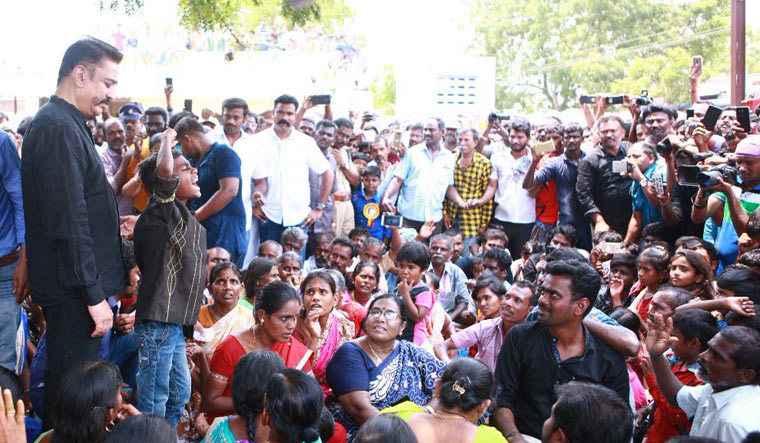 Actor-turned-politician Kamal Haasan today visited Kumarareddiapuram village in Thoothukudi to express solidarity with those protesting against the existing Sterlite Copper smelter plant and its proposed unit near here.

Residents of Kumarareddiyapuram have been demanding that the plant be shutdown immediately. They have been protesting for the past 48 days citing health concerns.

Haasan, who got into the political arena with the launch of his party Makkal Needhi Maiam, told the protesters: “The lives of people are more important than the money from copper.”

The actor-politician said he had not come to Thoothukudi for publicity.

Haasan said injustice had been done to the people of Thoothukudi by establishing the Sterlite unit.

He said the central and state governments had not heard the voice of the people and that “the people should make them hear now”.

Sterlite Copper's unit was shutdown on March 29 for 15 days for taking up maintenance work.

Actor Rajinikanth yesterday took a dig apparently at the the ruling AIADMK over the issue of the expansion of the copper smelter plant, saying the government was not responding to the protests by locals.