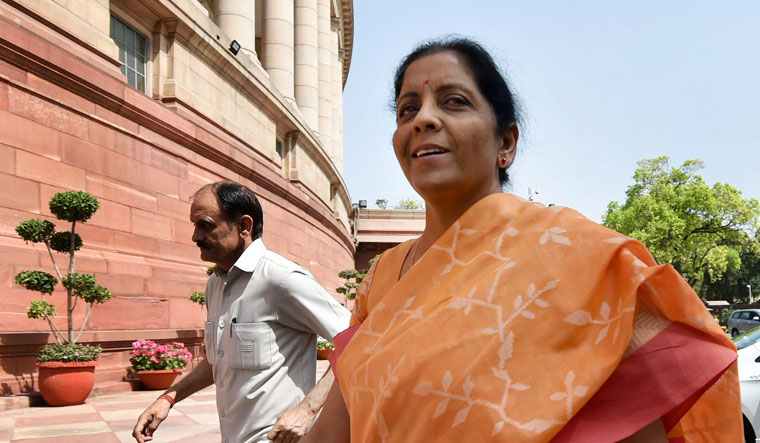 As Russia has already begun the delivery of anti-aircraft, S-400 Triumf missiles to China, Defence Minister Nirmala Sitharaman will be pushing hard to seal the deal for five S-400 Triumf missile systems for India during her visit to Moscow next week.

Sitharaman is traveling to Moscow on April 3 on her first ever visit to India's biggest arms supplier, Russia, as per SIPRI's latest report in the period 2013-17. Russia accounted for 62 per cent of India's arms imports.

In 2016, Russia had agreed to sell the game changer S-400 Triumf long-range air defence missile system with the capability to destroy incoming hostile aircrafts, missiles and even drones at ranges up to 400 km. Only Russia and the US have such long range modern air defence weapon system. But, the negotiations between the two nations has not made significant progress due to its high price.

"Besides discussions on enhanced military and strategic cooperation, talks to push for S-400 air defence missiles will be in the agenda of defence minister's crucial visit. High cost of the missile is expected to be negotiated along with its delivery schedule," said a senior defence ministry official.

According to the IAF, which is going to deploy these five regiments of S-400 missiles on the border, can handle all the air assets of Pakistan Air Force. But, the cost of Rs 39,500 crore for the five regiments of S-400, has been bothering the Indian authorities, considering the budgetary constraints. S-400 Triumf missile is considered to be one of the most expensive air defence missile system in the world.

Apart from S-400, Sitharaman is also expected to discuss the progress of the Fifth Generation Fighter Aircraft (FGFA) project, which has been hanging in balance for almost a decade. With the depleting combat fleet of IAF and Pakistan showing interest in procuring the advanced Chinese J-20 stealth fighters, FGFA project with Russia has become crucial.

"FGFA project was stuck for years, but only in February last year, talks were revived during Manohar Parrikar's visit to Moscow. India is eyeing for an advanced version of Russian PAK-FA T-50 aircraft and the upcoming visit by defence minister will give further impetus to the project," official added.

India and Russia, in 2007, had inked an inter-governmental pact for the FGFA project and India had agreed to pay $295 million (Rs 18.97 billion) towards the preliminary design of the fighter, which is called in India as the 'Perspective Multi-role Fighter' in 2010. But since then, very little progress was made in the project, even a high level committee, comprised of officials from the Indian Air Force and defence ministry submitted its project after examining multiple aspects of the project, last year.