BJP rules out change of CM, but unsure of when Parrikar will return 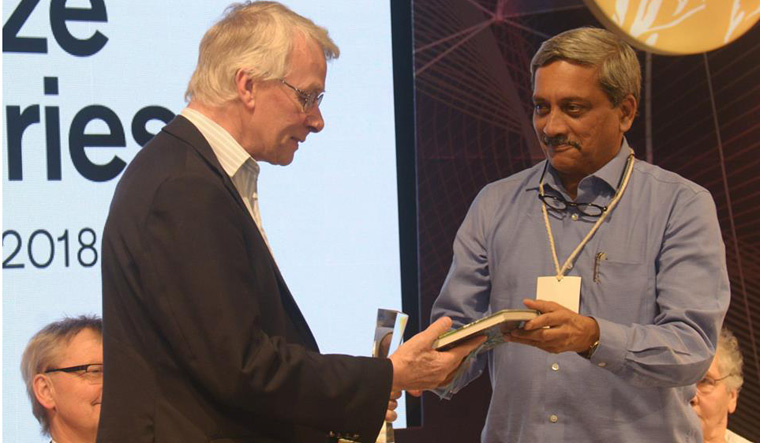 A senior Goa BJP leader on Saturday ruled out the possibility of change in leadership in the state, saying that Chief Minister Manohar Parrikar, who is currently undergoing treatment in the US, will return in six weeks to be at the helm of affairs.

Talking to reporters, State Urban Development Minister Francis D'Souza said although Parrikar is away from the state, he has not given his powers to anyone else as he is available to cabinet ministers and secretaries over the phone whenever they require his guidance.

A section of media had reported about the possibility of leadership change in the state due to Parrikar's absence.

Parrikar (62) is suffering from a pancreatic ailment and is undergoing treatment at a hospital in the US, where he was admitted in the first week of March.

"I had met Parrikar before he left for America and he was very confident of coming back in six weeks," the minister said, adding his stay in the US may at the most extend to eight weeks.

"There was a practice of giving the charge to someone else whenever the CM left the state... But that was mostly done when the modes of communication were limited.”

"But now communication is not a problem. Everyday, Parrikar is in touch with chief secretary, principal secretary or whoever wants to talk to him. So where is the issue? As far as the administration is concerned, there are no issues," he said.

The minister is part of the three-member Cabinet Advisory Committee (CAC), which was constituted to handle the day-to-day affairs of the government in Parrikar's absence.

"It (CAC) is a stop-gap arrangement till March 31. After that, we will come to know what the situation is," he said, adding the committee has been taking the decisions, which are approved by the chief minister.

When asked whether there is a collapse of administration in the CM's absence, D'Souza replied in the negative.

"Other ministers are also working with their departments. They are capable of working. They have been given financial powers up to Rs 1 crore. The CAC has powers up to Rs 5 crore. As far as financial administration, there is no collapse," he said.

D'Souza, however, admitted that the difference in time between the US and Goa is delaying the decision-making process, particularly in cases wherein the CM has to take the final call.