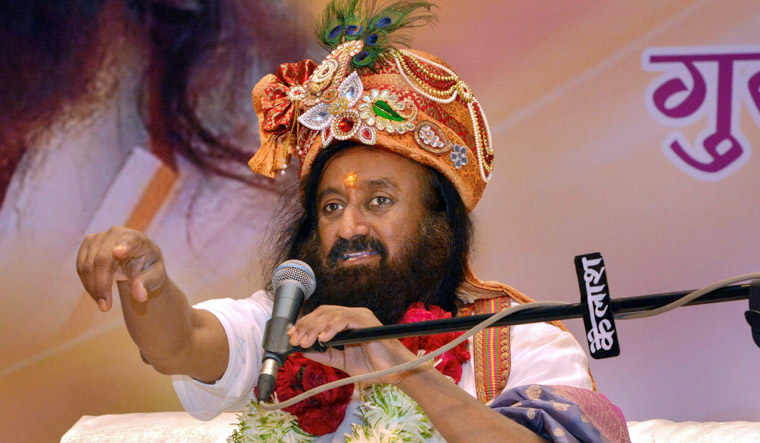 Sri Sri Ravi Shankar at a satsang in Jabalpur | PTI

Days after he was criticised for saying India could become like Syria if the Ram Mandir issue was not resolved, spiritual guru and Art of Living founder Sri Sri Ravi Shankar reiterated the controversial statement in Jabalpur, Madhya Pradesh, on Thursday.

Shankar did not deny his controversial remark and claimed India could become Syria if the mandir issue was not resolved soon. Talking to reporters, Shankar argued he too had freedom of expression like other people.

He told reporters, “Ram temple issue will be resolved with the mutual consent of both the communities but there are certain elements who have no locus standi and don't want the temple to be built.’’

Three days ago, when interacting with a TV channel, Shankar had claimed, “If Ram Mandir issue is not solved, we will have a Syria in India.” He was slammed by various political parties, who termed his statement as being provocative in nature.

Shankar is asking for an out-of-court settlement on the issue and has urged Muslim leaders, particularly the members of All India Muslim Personal Law Board, to consider his appeal. He has been working on mediation efforts to solve the centuries-old issue between Hindus and Muslims.

Shankar had met Salman Nadvi, an expelled member of AIMPLB, as a part of his mediation efforts.

Shankar said, “Nadviji is a good man and he should think with open mind on the issue.’’