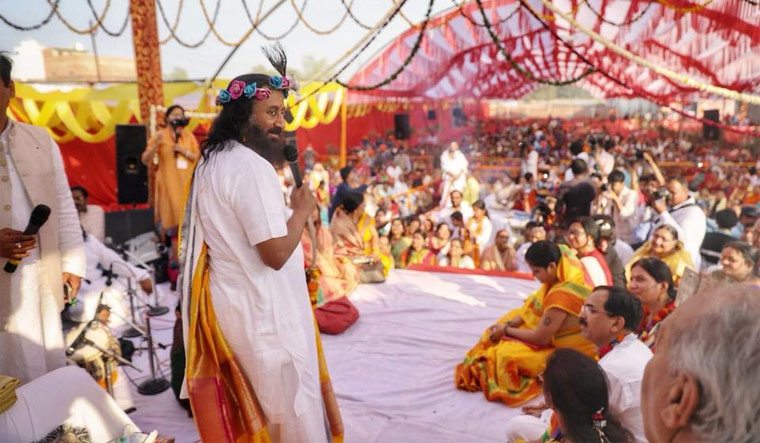 Sri Sri Ravi Shankar's 'Syria' remark over the Ram temple issue on Monday was slammed by leaders from different political parties, who called it 'provocative'.

"I am sad to hear this comment from Sri Sri Ravi Shankarji. I did not expect him to give a statement that could increase violence," said Memon.

He further questioned the reason behind Shankar's intervention, "I would also very respectfully like to ask that the intervention you are doing, where were you from the past 25 years? He is coming out and talking about the issue just when the time when the Supreme Court is about to announce its decision."

On Monday, the Art of Living founder, in an interview with a leading television channel, had said that any delay in resolving the Ram temple issue could result in a Syria-like situation in India.

"If the Ram Mandir issue is not solved, we will have a Syria in India," Shankar said during the interview.