India has not opened combat field for women officers. 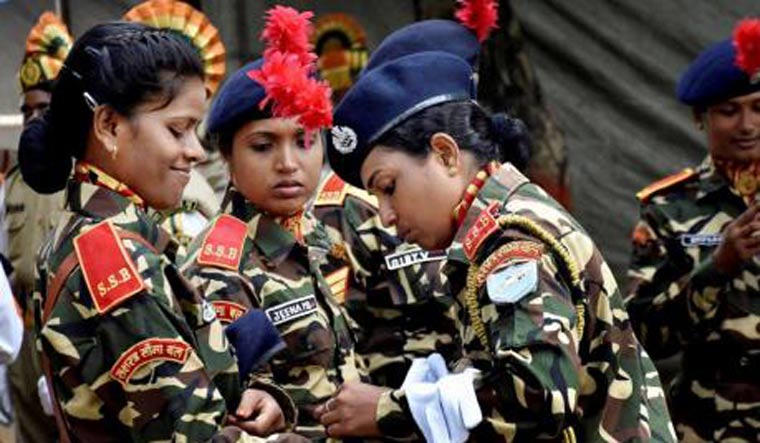 Amid the ongoing debate of giving combat role to the women in armed forces, the Indian Air Force is leading from the front, with maximum number of women officers joining the force in last three years. Indian Army, the world's second largest army, and the biggest among the three services, has not opened its door for women due to the vagaries of the battle-field.

Unlike countries like the US, Israel, Australia, Sri Lanka and Sweden, where women officers serve under various capacity in combat role, India has not opened combat field for women officers.

According to figures provided by the ministry of defence in the Parliament, Indian Army has 1,561 women officers till date, with maximum number of 292 of them in Army Ordnance Corps followed by Army Service Corps and Engineering Corps respectively.  In the year 2016, it was 1,512 women officers while in 2015, strength of women officers in the army was 1,468.

Though efforts are on to give more important role to the women officers by giving them permanent commissioning, a section of the army has an opinion that the bulk of the army's junior commissioned officers (JCOs) and other ranks, who hail from rural India, are not yet ready to accept a woman as their leader in combat situations.

On the other side, Indian Air Force, has already given combat role to its women officer, as Avani Chaturvedi has become the first woman officer to fly MiG-21 Bison solo. Two of her colleagues Bhawana Kanth and Mohana Singh are set to script history as very soon they will be flying fighter jets. Apart from fighter stream, IAF has women in seven other areas of administration, logistics, meteorology, navigation, education, aeronautical engineering—mechanical and electrical—and accounts. In fact in IAF, a number of women pilots have proven themselves flying helicopters and transport aircraft in high-risk rescue and other missions. Some women pilots have also flown sorties of AN-32 aircraft to the Advanced Landing Ground at Daulat Beg Oldie (DBO) in Ladakh. DBO, the world's highest landing ground at 16,500 feet, is close to the Line of Actual Control with China and is a critical supply line to troops posted at the Siachen Glacier.

The Indian Navy, which has 469 women officers in the service, is yet to allow them on the warships. In 2015, only 382 women officers were in the Navy. But in November last, navy broke the glass ceiling, by deploying 70 women officers, whom they call as the combat aviators on navy's most sophisticated anti-submarine warfare aircraft, the US-built Poseidon 8-India (P-8I) and IL-38s used to detect warships and submarines in the Indian Ocean. Shubhangi Swaroop became the first pilot of maritime reconnaissance aircraft and three other women cadets—Astha Segal, Roopa A and Sakthi Maya S—had also created history by becoming the country's first women officers at the Naval Armament Inspectorate (NAI) branch of the Navy. However, the Navy Chief Admiral Sunil Lanba had stated a few months back that future warships are being modified with 'suitable facilities' to accommodate women crew onboard. As of now navy has so far deployed women officers in eight branches.

Former navy commander Prasanna Edayilliam, who retired from navy after serving 14 years, is fighting a battle in the apex court for giving permanent commission to the women officer.

“Giving permanent commissioning to the women officer is our fight. We have managed to reinstate five of the women officers after court's intervention and very soon others will be joining back the navy,” Prasanna told THE WEEK.