Goa Chief Minister Parrikar leaves for US for treatment 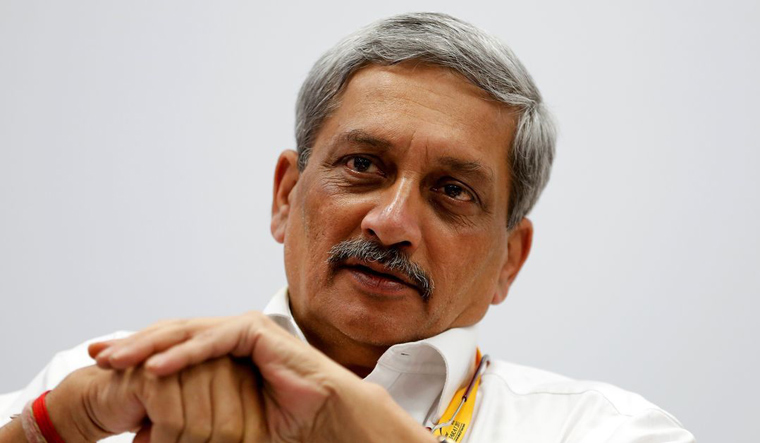 Ailing Goa Chief Minister Manohar Parrikar left for the US for further treatment from Mumbai where he had been admitted at Lilavati Hospital.

Parrikar was admitted at the Lilavati Hospital in Mumbai on February 15 and discharged on February 22. On the same day he returned to Goa and presented the budget in the assembly, but the session was truncated to only four days owing to his illness.

He was later admitted to the Goa Medical College and Hospital due to dehydration.

Before leaving for Mumbai yesterday, Parrikar held a series of meetings, including one with senior state ministers.

Earlier in the day, Goa BJP general secretary Sadanand Tanawade said that Parrikar will fly to the US for further treatment.

Parrikar also informed Governor Mridula Sinha earlier during the day about his absence from the country.

In the letter, Parrikar also informed the governor about the interim arrangement of a Cabinet advisory committee to guide the state administration.

“I have been also advised by the expert team of doctors in Goa as well as in Mumbai and subsequent consultation with doctors abroad to travel overseas for a specialised treatment of my medical condition,” according to the letter.

He said that during his absence in the state, the meeting of council of ministers whenever held shall be presided over by him through video conferencing or by circulation.

“If that is not possible for any reason, or I may decide at later point of time, the minister nominated by me shall preside the meeting and I will separately instruct the chief secretary in such exigency,” the letter said.

The committee shall meet at least once a week, at such point of time and place, and is empowered to decide unanimously amongst themselves on certain important financial year ending issues. The committee shall consult the finance department before taking any financial decisions, Parrikar said in the letter.