Covid-19 pandemic contributed to the rise in heart ailments 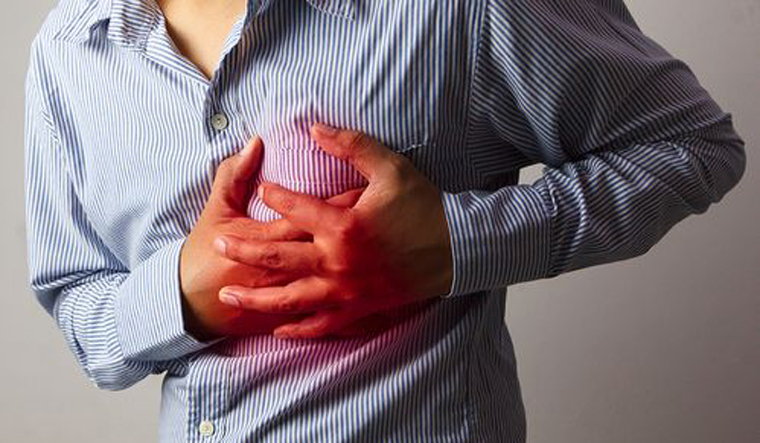 It was yet another day of my on-call duties, 10 yrs ago. Around 4am, I was woken up by my resident. The patient was a 42-year-old man who presented to the ER with chest pain. He had had no hitherto known risk factors for coronary artery disease, except that he was an IT professional and had a stressful job. He seldom got sufficient sleep due to his variable shift duties. The evaluation proved that he had a myocardial infarction and was successfully addressed by primary angioplasty.

The case triggered a lot of discussion among our colleagues as to what caused the disease in that young gentleman. He also had mid-elevation in his lipid numbers, for which the drug was initiated. This was a stray incident 10 yrs ago but is now a usual occurrence.

In Indians with coronary artery disease, over 50 per cent of mortality occurs in individuals aged less than 50 years, and one-fourth of all acute myocardial infractions (MIs) are reported in patients below 40 years. The conventional risk factors like diabetes, hypertension, smoking and dyslipidemia still lead the chart. Work-related stress is a significant factor that can, directly and indirectly, affect health. Lack of exercise, excessive intake of junk food, smoking and other substance abuse are a few of the causes.

High blood pressure is a leading cause of heart disease and stroke because it damages the lining of the arteries, making them more susceptible to the buildup of plaque, which narrows the arteries leading to the heart and brain. About 7 in 10 people who have a first heart attack and 8 in 10 people who have a first stroke have high blood pressure. Eating too much sodium can lead to high blood pressure. High LDL cholesterol can double a person’s risk of heart disease. That is because excess cholesterol can build up in the walls of arteries and limit blood flow to a person’s heart, brain, kidneys, other organs, and legs. Maintaining normal blood pressure with lifestyle changes and medications is essential to keep this in check. Taking not more than 5 g of salt /day , which simply translates to avoiding added salt in the diet, is considered healthy.

Adults with diabetes are twice as likely to have heart disease as people who do not have diabetes. Prevent the onset of diabetes by adequate dietary precautions, exercise and weight reduction. Once diabetes develops, it is important to have strict glycemic control.

Smoking is a major cause of heart disease and stroke and causes one in every four deaths due to these conditions. Smoking can damage the body in several ways—by raising triglycerides and lowering high-density lipoprotein cholesterol, also called “good” cholesterol; making blood sticky and more likely to clot, which can block blood flow to the heart and brain; damaging cells that line the blood vessel; increasing the buildup of plaque (fat, cholesterol, calcium, and other substances) in blood vessels, causing thickening and narrowing of blood vessels.

Compared to those at a normal weight, overweight or obese people are at increased risk of heart disease and stroke. Childhood obesity is an important risk factor for the earlier onset of heart disease.

A healthy diet must include fruits and vegetables, whole grains, low-fat dairy products and lean proteins, and limit saturated and trans-fat, added sugars, and sodium.

Covid-19 infection has led to a rise in cardiovascular events, both at the primary and secondary prevention levels. There were 62 studies conducted among a total population of 49,286 patients included in the meta-analysis which showed that the presence of CAD was associated with increased incidence and complications of Covid. CAD occurrence in survivor vs. non-survivor groups varied and amounted to 9.2 per cent vs. 22.9 per cent, respectively. CAD was also associated with increased severity of Covid-19 disease and was 10.8 per cent vs. 5.6 per cent, respectively, for severe vs. non-severe groups. Several factors were proposed to be the underlying reasons for increased mortality in Covid-19 with coronary artery disease.

As far as the prevention of heart disease is concerned, the pandemic has posed a major threat to routine physical activity and exercise. There has been a significant reduction in hours of physical activity due to the restrictions imposed by the pandemic. Other proposed factors include the lack of taking prescribed medicines at the correct time mostly due to the difficulty in procuring the medicines, especially for the elderly. These have led to inadequate control of risk factors, further leading to increased incidence of cardiovascular disease.

The news of young celebrities succumbing to sudden cardiac death is hitting the headlines everyday. It is prudent to throw some light into that entity as well. Sudden cardiac death is described as the unexpected natural death from a cardiac cause within a short time period, generally ≤1 hour from the onset of symptoms. Coronary artery disease is the most common cause of sudden cardiac death, accounting for up to 80per cent. Severe heart failure with life-threatening arrhythmia is yet another cause. In individuals less than 35 years, fatal rhythm disturbances (arrhythmia) are the most common causes. In still younger individuals aged 14 to 24 yrs, inherited and genetic causes like channelopathies, hypertrophic cardiomyopathy, etc are the leading causes. The annual incidence of sudden cardiac death during exercise is 1 per 200,000 to 250,000 healthy young people.

Prevention of coronary artery disease, by reduction of blood lipids, smoking cessation, and sufficient treatment of diabetes and hypertension are the major steps. A detailed history from the individual can provide a clue regarding any close relative dying young without any obvious cause identified. Evaluation by a qualified doctor with tests including ECG, echo-cardiogram, treadmill test, and specific investigations like holter and coronary angiograms as and when required is important. In high-risk areas like gymnasiums, it is advisable to have an automated external defibrillator (AED).

The training of individuals working in these institutions to provide basic life support skills is also mandatory. In a cardiac arrest survivor, after a detailed assessment, an implantable cardiac defibrillator can be implanted.

The author is Consultant, Department of Cardiology, KIMSHEALTH, Thiruvananthapuram