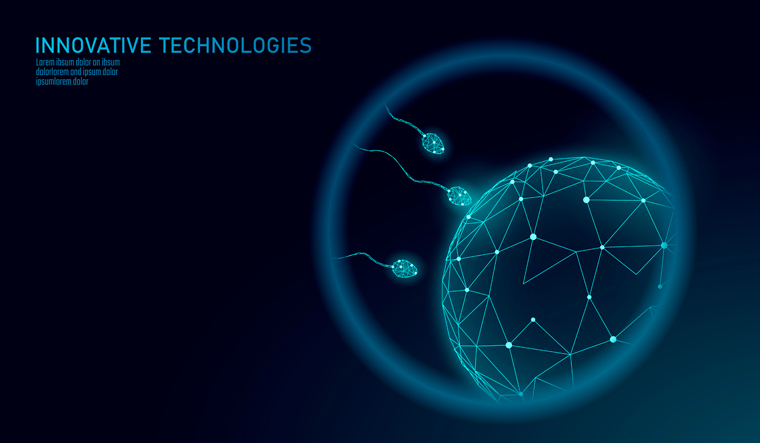 AI can identify with a great degree of accuracy whether a five-day-old, IVF human embryo has a high potential to progress to a successful pregnancy | Shutterstock

Researchers have developed a new artificial intelligence (AI) approach that can identify with a great degree of accuracy whether a five-day-old, in vitro fertilised human embryo has a high potential to progress to a successful pregnancy.

The technique, which analyses time-lapse images of the early-stage embryos, could improve the success rate of in vitro fertilisation (IVF) and minimise the risk of multiple pregnancies.

Infertility is estimated to affect about eight per cent of women of child-bearing age, said researchers from Weill Cornell Medical College in the US.

While IVF has helped millions give birth, the average success rate in the US is about 45 per cent.

For the study, published in NPJ Digital Medicine, researchers used 12,000 photos of human embryos taken precisely 110 hours after fertilisation to train an AI algorithm to discriminate between poor and good embryo quality.

Each embryo was first assigned a grade by embryologists that considered various aspects of the embryo's appearance.

The researchers then performed a statistical analysis to correlate the embryo grade with the probability of going on to a successful pregnancy outcome.

After training and validation, the algorithm, dubbed Stork, was able to classify the quality of a new set of images with 97 per cent accuracy.

"By introducing new technology into the field of IVF we can automate and standardise a process that was very dependent on subjective human judgement," said Zev Rosenwaks, from Weill Cornell Medical College.

"This pioneering work gives us a window into how this field might look in the future," said Rosenwaks.

Choosing the embryo with the best chances of developing into a healthy pregnancy is currently a subjective process.

Agreement is low among even experienced embryologists as to how to predict the viability of an individual embryo based upon its appearance at the blastocyst stage, in which it consists of only 200-300 cells.

"We wanted to develop an objective method that can be used to standardise and optimise the selection process to increase the success rates of IVF," said Nikica Zaninovic, from the Weill Cornell Medicine.

With the embryologist-assigned grade and the hindsight knowledge of the pregnancy outcome, the researchers could classify the embryos as good, fair or poor quality.

They used two sets of 6,000 images, good or poor quality, to teach the algorithm how to classify new images presented to it.

"This is the first time, to our knowledge, that anyone has applied a deep learning algorithm on human embryos with such a large number of images," said Pegah Khosravi, the lead author of the study.