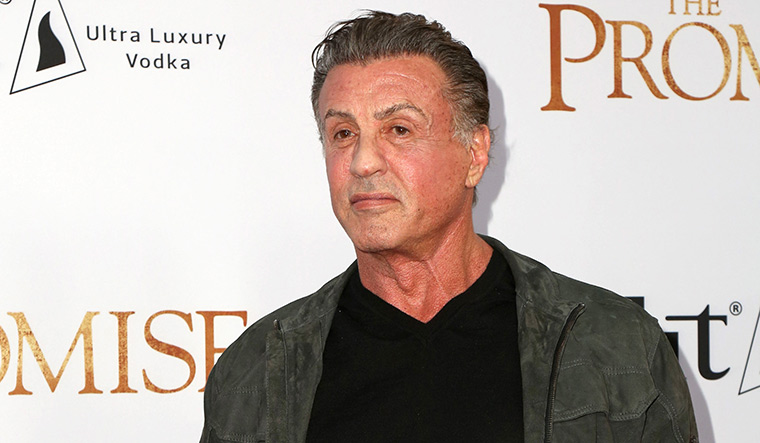 Terming the announcement of Drago as "another heartbreaker", veteran action star Sylvester Stallone has slammed the development of the spin-off under the boxing drama franchise Rocky.

His comments come weeks after he called out Irwin Winkler, the producer behind the series which also includes Creed movies, for allegedly denying him the rights to the franchise for almost five decades now.

Stallone, the star and writer of Oscar-winning 1976 movie Rocky, took to Instagram on Saturday to lambast Winkler and his children without taking names.

"Another Heartbreaker Just found this out ONCE AGAIN , PATHETIC 94 year old PRODUCER and HIS SELFISH USELESS CHILDREN are once again picking what is left OFF THE BONES of another wonderful character!!! (sic)" the 76-year-old actor wrote about Drago, the character played by Dolph Lundgren in the series.

"Seriously, how do you weasels look in mirror???" he added.

Earlier this week, MGM Studios announced Drago, which will focus on Lundgren's Russian boxer of the same name, which he portrayed in 1985's Rocky IV , as well as his son Viktor Drago (played by Florian Munteanu), who debuted in Creed II.

Creed series, fronted by Michael B Jordan, is itself a spin-off to Stallone's iconic Rocky franchise.

In his post, Stallone also apologised to his fans.

"I am sorry to the FANS, I APOLOGIZE to the FANS I never wanted ROCKY to be exploited FOR THIS GREED .. # no shame #sad day #Parasite (sic)," he added.

The studio is gearing up for the release of Creed III, which marks Jordan's directorial debut. The film is slated to be released on November 23.