My relationship to fear has changed a lot: Austin Butler on 'Elvis' 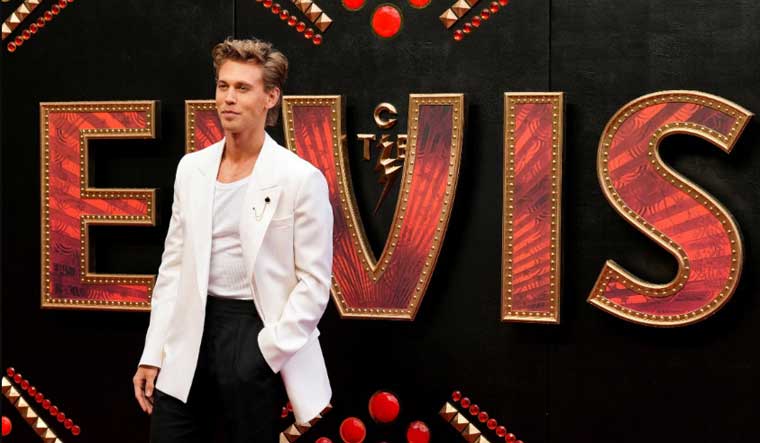 The incredible pressure of portraying Elvis Presley on the big screen with Baz Luhrmann's Elvis had a positive effect on actor Austin Butler, who says the movie helped him become a fearless person.

The biographical musical features Butler as Presley, the iconic musician known as the King of Rock and Roll, who ruled the 1960s and 70s with his music and dance moves.

Butler, who broke out with his performance in Quentin Tarantino's period drama Once Upon a Time in Hollywood, said he was most interested in knowing in knowing the person behind the icon.

"My relationship to fear has changed a lot because of the amount of pressure I felt during this whole process... At the end of the day, it was all about finding his humanity. I was most fascinated about stripping away the icon, stripping away the caricatures or the Halloween costumes of Elvis and getting down to who he was in an empty room by himself at the end of the day.

"How did he wake up in the morning? What was his inner life? And he was an incredibly sensitive spiritual man. It was just about finding how he evolved over the years. That was sort of my process," the actor said in a virtual press conference.

Butler, 30, said his "relationship with fear has changed a lot" because of the pressure he felt during the movie's production. "It was such a responsibility. I had such a fear that I was going to fail him and fail his legacy or his family and all the fans around the world who love him so much. That was just so much responsibility to feel every day.

"But then it was such a good lesson because he felt fear and he had moments in his life where he talked about his own stage fright. And so I could always sort of rest in the fact that Elvis felt fear as well but yet he did extraordinary things. And that was really a huge thing for me," he added.

The Warner Bros film explores the life and music of Presley, seen through the prism of his complicated relationship with his enigmatic manager, Colonel Tom Parker, played by Hollywood veteran Tom Hanks.

The story also delves into the complex dynamic between Presley and Parker spanning over 20 years, from Presley's rise to fame to his unprecedented stardom, against the backdrop of the evolving cultural landscape and loss of innocence in America.

Going through the archival footage about Presley, Butler said he was amazed by how Presley's voice changed over the years. "If you listen to an interview in 54 or 55, and then another one in 62, he sounds totally different. And then you hear him in 72 and he sounds different in that as well. So you got all these different voices.

"It's (about) finding how they evolve over time. So I would spend a day sort of living in one of them. Because there've been so many caricatures of him, I've really doubled down on making it feel like this was my life that I'm seeing it from inside of him," the actor said.

On collaborating with Luhrmann, the rockstar director known for hit musicals such as Strictly Ballroom (1992), Romeo + Juliet (1996), Moulin Rouge! (2001), and The Great Gatsby (2013), Butler said the filmmaker was the "closest thing to a jazz musician I've ever known in a director".

"In order to play jazz, you have to know the music theory inside out, know your instrument like no other. And then when you get up on stage, it's about being present and reacting to the stimulus that's in front of you.

"That's exactly what it's like working with Baz. His attention to detail is second to none. The amount that he immerses himself in the world, the preparation and the research is so inspiring to me," the actor added.

Produced by Bazmark and The Jackal Group, Elvis will be released in India on Friday.