I'm a curious director who doesn't want to get stuck: Aashiq Abu

"When I try something new, it helps me reinvent myself” 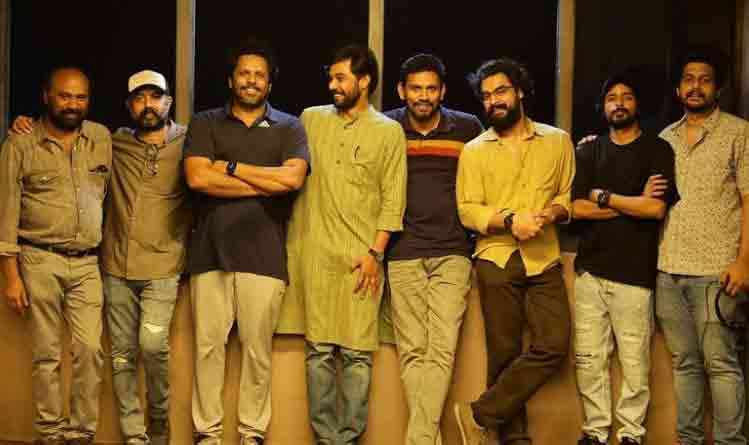 Director Aashiq Abu says his fascination to make movies in different genres, from romantic comedies to dark thrillers, is an attempt to not become jaded as a filmmaker.

Since his debut in 2009 with Mammootty starrer thriller Daddy Cool, Abu has emerged as one of the strongest filmmaking voices in the Malayalam film industry, directing wide ranging films like the romantic comedy Salt N' Pepper, revenge thriller 22 Female Kottyam, adventure drama Rani Padmini or his 2019 acclaimed medical thriller Virus.

In an interview, Abu said switching between genres has now become a "habit".

"The reason why I do that is because I'm a curious director. I want to try new genres and see where I land, it has become a habit now. Repeating genres doesn't make sense to me, even if it has been successful in the past.

"When I try something new, it helps me reinvent myself and not get stuck in a rut. It's a constant learning process where I get to correct myself and move forward," he said.

While the 43-year-old has not always landed on his feet with his experiments, Abu said that has not stopped him from taking risks.

"I have been eager to learn from my first film itself, perhaps which is why I have had this filmography. Success and failure have not affected me in terms of the way I approach my films.

"If there is a story I believe in, if it is a story I want to tell, I won't hold back. When I started out, I had to convince a lot of people to invest in me. Today, at least, they are confident of my craft and so am I," he added.

For his latest political thriller Naradan, Abu has turned his eyes towards the state of broadcast journalism in the country, weaving a fictional story to mount a film about the dangers of media-backed sensationalism.

"The film is my attempt to talk about ethics and freedom in the media. We all thought we should make something about it, especially in the post-truth era where even facts have become subjective. We are digging into the lives of those at the centre of it- mediapersons and the kind of choices they have to make to survive today".

For the film, which released theatrically last week, Abu has collaborated with actor Tovino Thomas, to play the role of a TV news anchor and chronicle his journey of turning into someone blinded by sensationalism and hate.

Abu, however, said the role is not based on any news anchors, even though there are many who think otherwise."This is a purely fictional film, not based on anyone. I am aware that there are discussions that the lead character is based on a particular journalist. We are used to stories of cops on screen and not of TV journalists, which is why perhaps some feel that this could be based on someone, but it actually isn't," he added.

Written by Unni R, Naradan also stars Anna Ben. The director will now begin work on his next, Neelavelicham and is also expected to work on a film with superstar Shah Rukh Khan, to be written by his long-time collaborator, writer Syam Pushkaran.