A quick look at upcoming releases 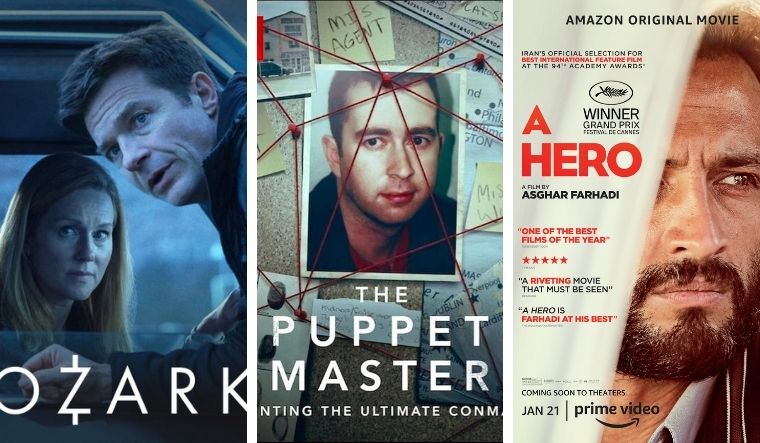 With a true crime documentary, third season of the steamy series Too Hot to Handle, fourth season of Ozark and a few films, streaming platforms are set for another interesting week. Here is a quick look at what is releasing on OTT platforms this week.

A true crime docuseries, the show follows the harrowing story of conman Robert Freegard. A cruel conman masquerading as a British spy manipulates and steals from his victims, leaving ruined families in his wake, reads Netflix’s description of the show. The documentary has interviews with victims and people who came into close contact with Freegard. The three-part docuseries is directed by Sam Benstead and Gareth Johnson.

Season 4 of Ozark will be released in two parts consisting of seven episodes each. Part 1 will be released on January 21. Lead star Jason Bateman returns as Marty Byrde, with Laura Linney as Wendy Byrde. Their daughter Charlotte (Sofia Hublitz) and son Jonah (Skylar Gaertner) will also return in the final season. The thriller series follows a financial adviser who drags his family from Chicago to the Missouri Ozarks, where he must launder $500 million in five years to appease a drug boss.

As We See It: Amazon Prime Video

The comedy-drama series created by Jason Katims hopes to look at autism from a fresh perspective. It revolves around lives of Jack, Harrison, and Violet, three roommates on the autism spectrum, who strive to get and keep jobs, make friends, fall in love, and navigate the strange world of adulthood.

Too Hot to Handle Season 3: Netflix

Netflix is back with the third season of the reality series. “On the shores of paradise, gorgeous singles meet and mingle. But there’s a twist. To win an enticing grand prize, they’ll have to give up sex,” reads Netflix’s description of the show. After two successful runs, the steamy third season introduces the next batch of singles.

An Iranian film written and directed by Asghar Farhadi, A Hero won the Grand Prix at the 2021 Cannes Film Festival. It was also selected as the Iranian entry for the Best International Feature Film at the 94th Academy Awards. The plot revolves around Rahim who is in prison because of a debt he was unable to repay. During a two-day leave, he tries to convince his creditor to withdraw his complaint against the payment of part of the sum. But things don't go as planned.