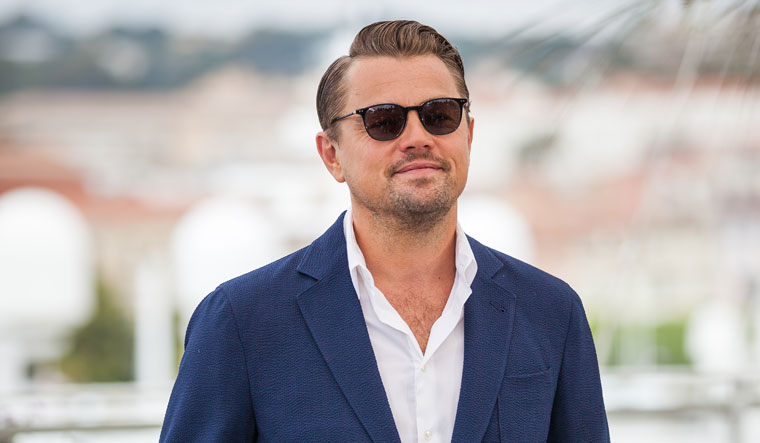 Hollywood star Leonardo DiCaprio says he was drawn to his latest satirical sci-fi comedy Don't Look Up as the film focuses on the urgency of climate crisis, a cause he has long wanted to highlight on screen.

Directed by The Big Short helmer Adam McKay, the movie follows two low-level astronomers, played by DiCaprio and Jennifer Lawrence, who attempt to warn everyone about an approaching comet that will destroy Earth.

DiCaprio, who has been an active part of the global climate change movement for many years, said McKay has cleverly used the plot of a comet wiping out the earth to throw light on the larger point about climate crisis.

"Adam created this film, which was about the climate crisis but he created a sense of urgency with it by making it about a comet that's going to hit Earth within eight months’ time and how science has become politicised, there's alternative facts," the Oscar-winning actor said during a global virtual press conference of the film.

Asked what kind of change he is looking forward to in the public perception of science and people who practice it, the 47-year-old actor said he just wants climate scientists to be taken seriously.

"I was just thankful to play a character who is solely based on so many of the people that I've met from the scientific community, in particular, climate scientists, who've been trying to communicate the urgency of this issue. And feeling like they're subjected to the last page on the newspaper... There's too many other things that we're inundated with," DiCaprio said.

The film features DiCaprio as Dr Randall Mindy, who, along with Lawrence's Dr Kate Dibiasky, goes on a giant media tour to warn mankind of the approaching comet.

The actor, best known for his work in films like Titanic, Shutter Island, Django Unchanged and The Revenant, credited McKay for crafting two distinct characters of the low-level astronomers.

"I love the way he portrayed these two different characters, one that is incredibly outspoken, like a Greta Thunberg type of character and mine that is trying to play within the system. But I also love the way he was just incredibly truthful about how we're so immensely distracted from the truth nowadays.

"And then, of course, COVID hit and there's a whole new scientific argument going on there. It's just such an important film to be a part of, at this particular time," he added.

Don't Look Up will receive a limited theatrical release on December 10, followed by a Netflix premiere on December 24.

DiCaprio, who runs a non-profit organisation devoted to promoting environmental awareness, said starring in the film was also a way to make sure he collaborates with other artistes in spreading the word about the danger mankind faces.