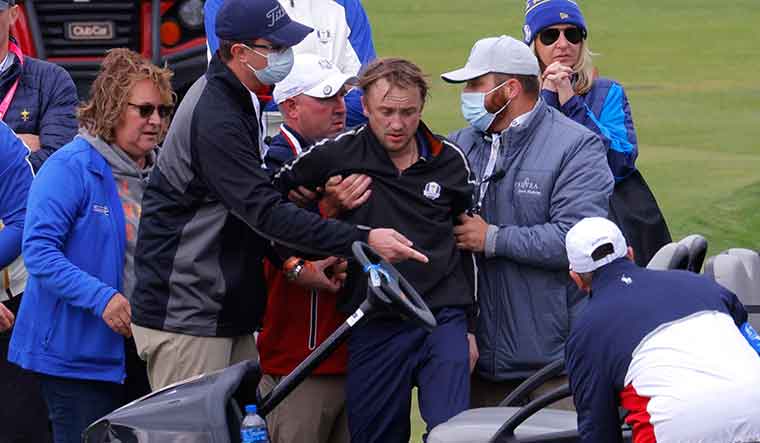 British actor Tom Felton, known for his portrayal of Draco Malfoy in the Harry Potter movies, collapsed while playing a celebrity golf exhibition Thursday at the Ryder Cup. The actor, who turned 34 on Wednesday, experienced a "medical incident" , the PGA of America said in a statement.

"In today's Ryder Cup Celebrity Match, actor and musician Tom Felton experienced a medical incident on the course while participating for Europe. He was transported to a local hospital for treatment. No further details are available," the statement read.

Felton was on the 18th hole when he went down, according to reports. He was helped to his feet, placed on a stretcher and driven away in a golf cart

As the news broke, concerned fans took to social media wishing him well.

Felton was last seen in Dutch World War II film The Forgotten Battle. The film which released in theatres in June, will release on Netflix in October.