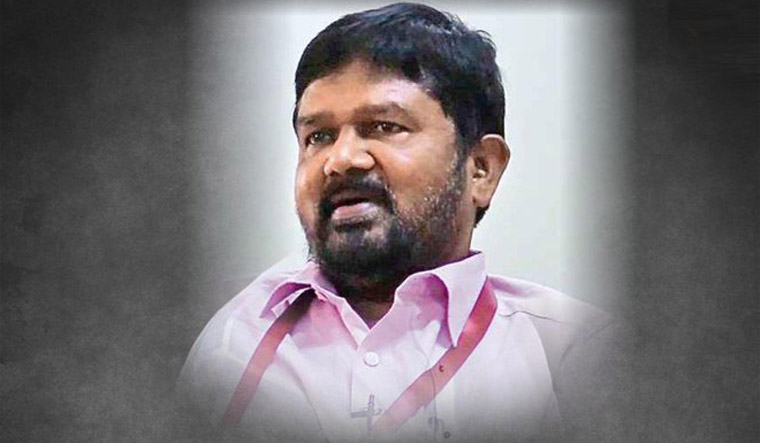 Noted Kannada poet, playwright and Dalit activist Siddalingaiah passed away on Friday due to COVID-19. He was 67.

Siddalingaiah was admitted to Bengaluru’s Manipal Hospital on May 4, and was on ventilator support for a few weeks. “Despite best efforts, he succumbed to his illness at 3.45 pm on June 11,” the hospital said in a statement.

Siddalingaiah, popularly known as ‘Dalit Kavi’, was one of the co-founders of Dalit Sangharsh Samiti. It was formed in 1974, along with Prof. B. Krishnappa, Devanuru Mahadeva and K.B. Siddaiah.

He was nominated to Karnataka Legislative Council in the 1980s. He won the Pampa Award in 2019, the highest literary honor conferred by the department of Kannada and culture.

"He narrated the pain of Dalits through his writings and awakened them. In his death, we have lost great writer with social concern, who strove for upliftment of the depressed classes" Chief Minister Yediyurappa wrote in a condolence message on Twitter.

“I am shocked by the death of Dalit poet, former member of the Vidarbha Parishad and my dear friend Siddalingaiah who led the fight for social equality by making a poetic sword,” wrote Congress leaders Siddaramaiah on Twitter.

"Dr. Siddalingaiah will be remembered for his prolific writings, poetry and contributions towards social justice. Saddened by his passing away. My thoughts are with his family and many admirers in this hour of sadness. Om Shanti," wrote Prime Minister Narendra Modi.