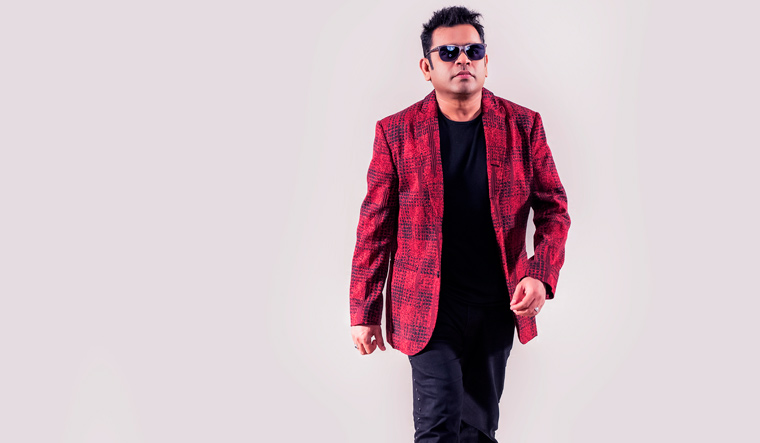 On January 26, Grammy Award and two-time Oscar winner A.R. Rahman announced his latest initiative, maajja—a technology-enabled label alternative which will help independent musicians release and distribute music. With traditional labels, artists forgo their master rights. However, maaja will not own the rights to the music the artists make under its banner. It will allow musicians to retain creative control and copyrights to their music. That is the biggest difference it wants to make for new voices in the South Asian independent music scene.

maajja is the brainchild of Canadian entrepreneurs Noel Kirthiraj, Sen Sachi, Prasana Balachandra, along with the acclaimed music director.

The press note states that maajja wants to create a first-of-its-kind platform for the independent music scene that offers creative liberty as well as global reach. It seeks to amplify South Asian voices for a global audience and help them carve successful, self-sustaining careers in music, without falling for the machinations of the film industry. They plan music festivals and other digital events to showcase contemporary music from South Asia. Think of it as a global network of musicians, facilitated by technology.

An innovator and initiator, Rahman’s interest in leveraging technology to elevate the independent music scene bears fruit in the shape of maajja and has been a long-standing dream for the director who also set up one of India’s finest music education institutes, KM Music Conservatory, in 2008.

“There are an overwhelming number of artists and musicians around us that go unnoticed and under-appreciated,” says Rahman in the press note. “Many of them begin their journey but unfortunately, not everyone is heard or gets a platform. With today’s digital age, there should no longer be these barriers. maajja will function with the singular focus of being artist-centric. There is a sense of empowerment now with technology, and this whole idea behind maajja is to nudge artists, so that they can shine on an international stage,” Rahman adds.

There has been a great deal of ink spilled on how streaming sites like Spotify only benefit listeners. For a music artist to earn money from platforms like Spotify, their streams need to be in the ballpark of millions. Music artists still cave in because it offers the reach as distribution is one of the most important aspects in the music industry. maajja wants to be the alternative to lose-lose deals that artists get from traditional labels, apart from taking care of other necessities of launching an indie music star.

“Napster paved the way for digital music distribution, iTunes changed how music was purchased and Spotify took it to another level – streaming is now the de facto way to consume music across the world. Music is more accessible than ever, the industry is booming, yet artists are left holding the short end of the stick by giving up ownership of their music and end up leaving a lot of money on the table,” says maajja CEO and co-founder Noel Kirthiraj, giving a glimpse into the idea behind the platform. “All artists need to think of themselves as brands and CEOs of their own businesses. We want to democratise and demystify the ecosystem and the business of music. This is maajja’s vision,” he adds.

A line-up of names from the Tamil film industry alongside other emerging voices curated and chosen by Rahman himself, will power YAALL Fest, maajja’s music festival. British-Tamil artist M.I.A. is the creative vision behind YAALL. “The name YAALL is a mixture of ancient Tamil words where Y stands for yatra (journey) A for adhi (beginning), A for agam (inside), L for lokam (world) and finally L for latchiyam (ambition). The ambition of YAALL is to bring out what is within us and project something new forward into the world. This is an exciting project for Chennai and for something that’s birthed in India, and bridges all these different communities coming together,” says M.I.A., a Grammy-nominated artist.

The need to push away from traditional music contracts, which often leads to signing away rights in perpetuity and allows commodification of artists, has been felt for quite some time now. Old school structures in the music industry are being shaken with the introduction of cryptocurrency in some parts.