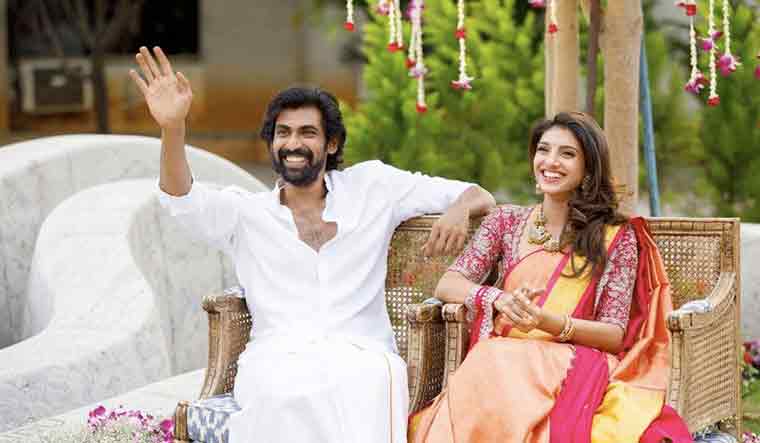 After photographs of Telugu actor Rana Daggubatti and Miheeka Bajaj surfaced on social media, there were speculations the couple got engaged amid the lockdown.

On Thursday, Rana took to Twitter to share images from the family function. "It's official," he tweeted, along with photographs with Miheeka. Congratulatory messages have been in flowing in for Tollywood's hearthrob.

However, Daggubati’s father said that it was not an official engagement function, but a family ritual to finalise the date for the engagement and wedding. Speaking to The New Indian Express, Suresh Babu Daggubati said: “Our families sat together on Wednesday to discuss what all has to be done for the pre and post-wedding functions. It’s a ritual among the Telugus to meet the bride’s parents before fixing the engagement and wedding dates.”

Rana recently took to social media to announce his relationship with Miheeka. The Baahubali actor took to Instagram to say, “And she said Yes :) ❤️#MiheekaBajaj,” and shared a photo of them.

One the work front, Daggubati was last seen in the Kollywood thriller Enai Noki Paayum Thota, in which he had a cameo. His upcoming releases include the multi-lingual Haathi Mere Saathi and Madai Thiranthu.

Born and brought up in Hyderabad, Miheeka runs an interior decor firm Dew Drop Design Studio, which also coordinates luxurious weddings and events. According to reports, Miheeka has a Masters Degree in Interior Design from Chelsea University.

In a recent Mother’s Day post, she thanked her mom Bunty Bajaj for being her constant support. Her mother Bunty is the director & creative head of Krsala jewels, a couture jewellery brand.

Miheeka’s Instagram posts also suggest she is close to actress Sonam Kapoor, and was also present and Sonam and Anand Ahuja’s wedding. After Rana made the announcement, Sonam took to Instagram stories to wish the couple the best. “Congratulations to my darling baby @miheeka. I love you doll..you deserve the best,” she wrote.