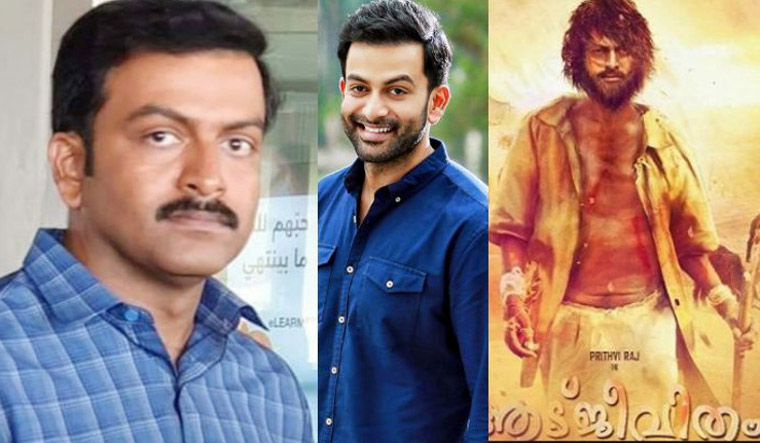 The Department of Non Resident Keralites Affairs (NORKA) on Friday approached the Indian embassy in Jordan to enquire about Malayalam film actor Prithviraj Sukumaran and director Blessy, stranded in the country amid the coronavirus lockdown. Kerala Chief Minister Pinarayi Vijayan directed the NORKA principal secretary to notify the Indian embassy at Jordan about the situation. The embassy contacted the filmmakers and enquired about the well-being of the crew. As the film crew decided to stay on for the shoot, the embassy has assured the state government assistance for the crew in every manner possible. The film shoot has resumed after a brief halt.

While staying in Jordan in connection with the filming of Aadujeevitham, actor Prithviraj Sukumaran, who is doing the lead role in the Blessy directorial, had posted a note on his Facebook page describing the need of the hour to contain COVID-19. He asked everyone to act together and stay away from each other and says that 'social distancing and self-hygiene is the only way we can contain this pandemic.' Through the post, he thanked all those who messaged him and expressed concern for his safety. The actor also explains why continuing with the film shoot is the best option for the film unit stuck in Jordan. Ever since the coronavirus outbreak was declared as a pandemic by the World Health Organisation (WHO), many film shoots, which were progressing in different parts of the world, have been cancelled. He further added that two of his teammates are on precautionary quarantine in Amman, Jordan, along with the rest of the passengers who flew with them. Aadujeevitham is based on the best-selling novel in the same title by noted Malayalam writer Benyamin. To date, Jordanian officials have reported 212 cases, including two recoveries and no deaths.